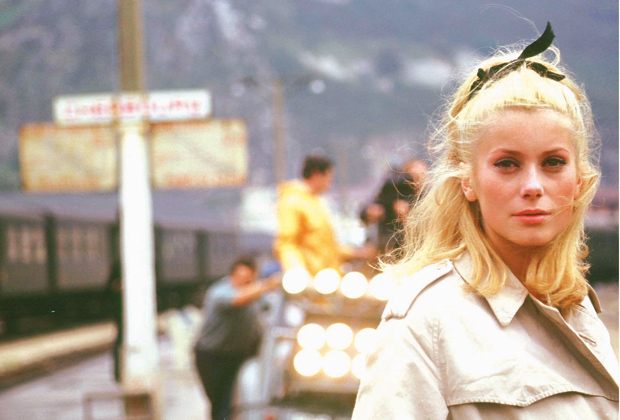 When the nouvelle vague swept through the cinematic world in the 1950s and 1960s, Jacques Demy was right there, his films less overtly political but equally revolutionary.

His musicals – such as Les Parapluies de Cherbourg (The Umbrellas of Cherbourg, 1964) – have attained cult status for their amazing musical scores by Demy’s lifelong collaborator Michel Legrand, their stunning visual style – saturated super-colour 1960s aesthetics – and the youthful performances of some of today’s biggest French actors (Catherine Deneuve, looking just like Brigitte Bardot).

Deneuve is the ‘princess’ forced to hide under a donkey skin to escape her father’s un-fatherly love in Peau d’Âne (Donkey Skin, 1970), a very weird and totally mesmerizing poetic musical after the classic French fairytale with overt references to Jean Cocteau’s Beauty and the Beast.

Also on show is Jacquot de Nantes, fellow filmmaker and lifelong partner Agnès Varda’s moving homage to her ailing husband who had died of AIDS by the time it was screened at Cannes in 1991.