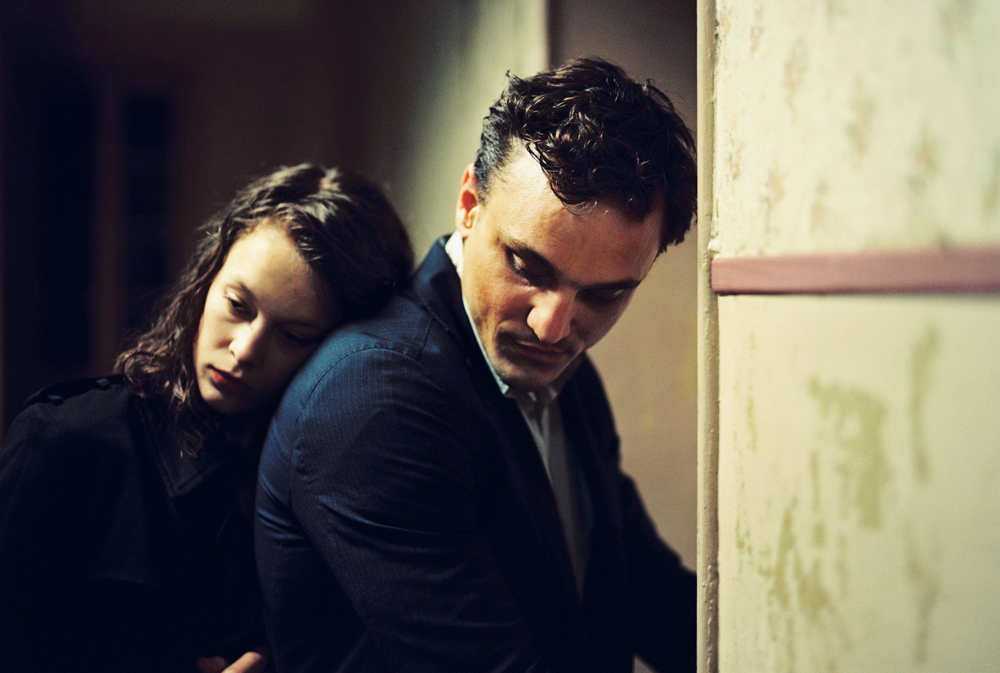 Christian Petzold on European identity and the bold choices of his divisive new feature “Transit”.

Petzold’s audacious adaptation of Anna Seghers’ 1944 novel about Nazi-occupied France updates the action to the present day in decidedly enigmatic fashion, with German refugee Georg (Franz Rogowski) evading capture in Marseilles by assuming the identity of a recently deceased writer.

Why set the film in the present day?

Well, I’d just made a period film (Phoenix), and I find it somewhat boring to deal with all the props and costumes, the whole aspect of reenactment. Also, I felt that no matter how committed you are to recreating the past, your film is always fundamentally located in the time in which it was made. I always think of my parents, who would see a historical film and say, “That was nicely done, it feels like the real thing.” I think the emphasis should be on whether we are learning the right lessons from the past, rather than whether we’ve recreated the past accurately.

Transit seems consumed with the idea that we’re repeating the mistakes of previous generations.

When I decided to adapt the book, I wasn’t really considering a political message. I was thinking more about refugees in a looser sense – people who are fleeing from something, whether that be political oppression, a marriage or a job. But as I was working on the script, I was astounded to see this ghostlike situation of the past rising up again. With UKIP, the AfD and many others, people are clamouring about identity, race, ethnicity and culture, and they’re doing that by trying to exclude the other, by closing the borders. Anna Seghers wrote her book in order to say that these things should never happen again, because that way of thinking led to the death of millions of people. And yet all these things are happening again. So the film had to be political.

Why the unusual third-person voiceover?

The novel is written in the first person, and I generally hate first-person voiceover in film. I dislike the trick pulled in Fight Club and The Usual Suspects, where you have this buddy-like narrator talking directly to you, and who ultimately betrays your trust. I liked the idea of a voiceover that worked more like a musical score, underlining the story and describing what we’re seeing in a way that may differ from our own perception. And so I decided to let this minor character, this barkeeper, offer his take on events through voiceover. The voice we hear carries its own desires and biases, and adds another layer to the story unfolding before the viewer’s eyes.

Like Phoenix, Transit is about mistaken identity. What attracts you to this theme?

I’ve always loved crime stories where people forge passports or assume someone else’s identity. I also like the idea of a new identity infecting you, forcing you to change. In the novel, the protagonist is someone who doesn’t really play a useful role in society. But through assuming a false identity, he learns to feel love, pain and loyalty, and he finally becomes human. People who need to run and hide or try and pass themselves off as someone else are forced to wrestle with the idea of identity. On the flipside, those who say they are rock-solid about who they are are either dangerous or stupid.

The film seems to infer just that: all the problems stem from Germany having a rock-solid sense of self.

Yes, and thankfully that isn’t quite the case here at the moment. I believe it’s very good for the world whenever Germany is in a state of limbo, because that means the country is occupied with itself. When Germany was quite sure about how the financial crisis in Greece should be resolved, for example, they plunged another country into total chaos. So a state of transit or limbo can have its benefits.