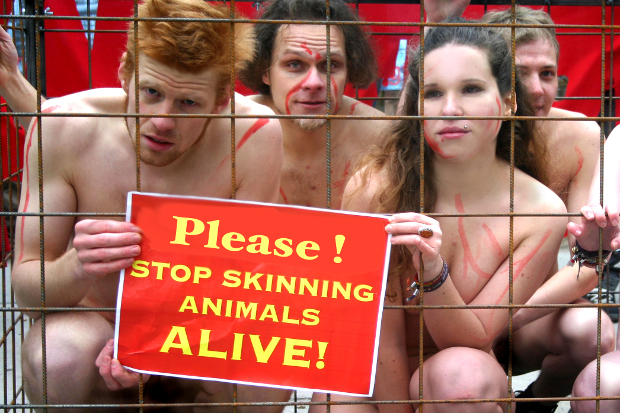 How does one combine serious political thought about the impact of globalisation with diverse, international cinema? With the Globale film festival of course! Now in its eighth year, the festival sees 49 films packed into six days, with topics ranging from the fairness of organic foods to the Chilean miners’ rescue.

Der Prozess (The Trial, Apr 11, 18:00 Regenbogen Kino and Apr 13, 22:30 Eiszeit Kino 1 English subs), which received Best Documentary at the Viennale, kicks off the fest, exposing in disturbing detail the events surrounding the trial of 13 animal rights campaigners in Austria, charged according to an anti-terror/mafia law. Director Gerald Igor Hauzenberger takes the camera to the heart of the action, even when it might endanger those filming – prompting the viewer to question the fine lines between art and politics, and between protest and criminal activity.

Die Ausbildung (The Education, Apr 17, 18:30, Eiszeit Kino 1, German) screens as one of the only fiction films of the festival. The plot has the facade of simplicity: 20-year-old Jan struggles to please everyone – colleagues in a new job, a demanding mother and a love interest – but as these interests intertwine, director Dirk Lütter demonstrates with realism the increasingly complex situation among young professionals in Europe.

With 18 different awards and also dealing with one particular group’s struggle to obtain human rights in light of the law, Call Me Kuchu (Apr 12, 18:45, Eiszeit Kino 2, English with German subs) is the combined effort of a Brit, American and Moroccan, and definitely worth catching. For 90 minutes the documentary explores the motivations, sorrows and dreams of the Ugandan gay rights activist David Kato,  taking on a poignant sadness after his brutal murder in the middle of filming in 2011.