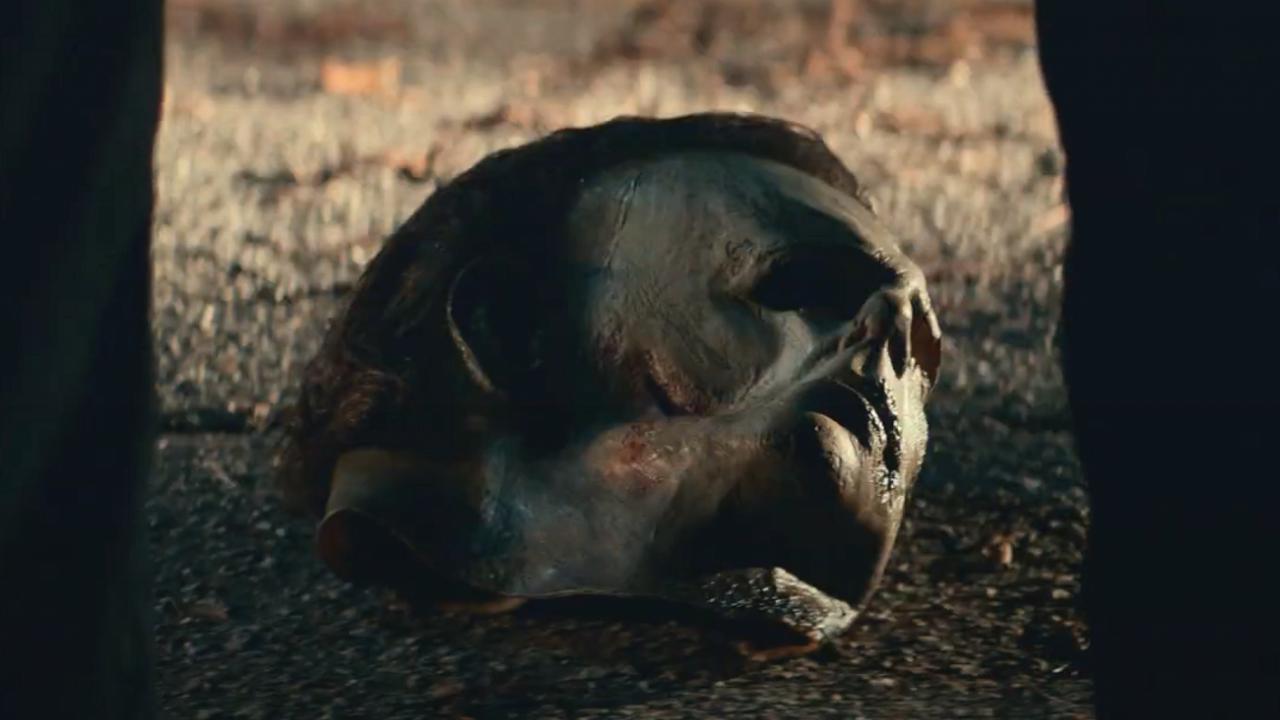 It’s back to Haddonfield we go, where Michael Myers is still not done trick-or-treating…

At the end of David Gordon Green’s 2018 reboot of the beloved slasher franchise, we saw three generations of the Strode family (Jamie Lee Curtis, Judy Greer and Andi Matichak) escaping a burning house with the bogeyman trapped inside. However, all of Laurie Strode’s plans were (predictably) in vain, as “The Shape” only got his mask singed…

Green and his co-writers Danny McBride and Scott Teems clearly have a healthy appreciation for John Carpenter’s source material, but they still can’t stop Halloween Kills from being more filler than killer. The main draw of this new instalment is the carnage: well-shot and appropriately nasty, especially the first responder genocide with all-too-brief POV shots.

The action of this sequel to the rebooted franchise flip-flops between the hospital where Laurie is recuperating from her injuries and the angry mob that has decided to take matters into their own hands and hunt down Michael Myers. This means we’re robbed of a sphincter-tighteningly claustrophobic hospital showdown reminiscent of 1981’s Halloween II and get more of the usual suburbia lurking. This lack of surprise is countered by the fact that Jamie Lee Curtis is left bafflingly on the sidelines, a supporting player who has a few lines and a closing monologue while Judy Grier and the townsfolk gets more screen time. Grier is great, but you can’t help but feel cheated when you can see the gears turning so clunkily: Green clearly sets things up in this Part II so that Curtis’ badass fighting ways are front and centre in the upcoming Part III.

There are some promising ideas about the guilt inherent to intergenerational trauma, as well as food for thought regarding collective hysteria and how the true curse of Michael Myers is the fear he parasitically spreads into the heart of communities. “The more he kills, the more he transcends into something else”, we’re told, and that something is the terror that divides good people. Defeating the bogeyman was never about brute force; conquering evil is about finally embracing the fear we seek to repress.

What a shame that these interesting concepts (which could have timely value) are coupled with howlingly bad dialogue: the repeated mantra of “Evil dies tonight” is supposed to represent the dangers of mob mentality and is laughably awful. The themes end up being handled with a subtlety worthy of its leading man: a 6-year-old mind in the body of lumbering lump. Granted, no one comes to a Halloween film for subtlety of theme or dialogue. But they should: the first two chapters managed it in 1978 and 1981, as did Steve Miner’s criminally underrated post-Scream reboot Halloween H20: 20 Years Later (1998). As it stands, this second instalment in a planned trilogy feels like the obligatory middle chapter that (hopefully) saves most of the good stuff for the final showdown, Halloween Ends, released October 2022. The question is: Will Halloween Kills kill your desire for more?