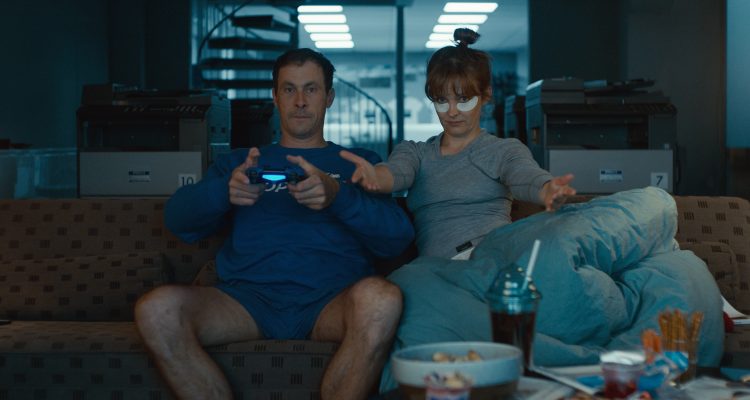 Achtung Berlin is back with a hefty helping of locally sourced cinematic treats.

Achtung Berlin is in a sense the yin to the Berlinale’s yang. Where the latter offers an almost overwhelmingly broad overview of new world cinema, the former presents a more easily-digestible snapshot of our local film scene. This 14th edition sticks to a tried and tested formula, with 11 fiction features and 11 docs battling it out for awards glory in two separate headline competition strands, and sidebars devoted to shorts, medium-length titles and micro-budget indie fare. The eligibility criteria are relatively loose: there has to be some kind of Berlin connection, but the eclectic programme includes films set in locations as diverse as Tokyo and Tonga.

As is often the case at Achtung, many of this year’s highlights are documentaries. And yes, the migrant crisis is still the topic du jour, as seen in three must-sees featured in our English Days programme at Lichtblick which discuss integration and multiculturalism in refreshing, at times unlikely or controversial ways. In Berlinale standout Central Airport THF (Zentralflughafen THF), Brazilian-born director Karim Aïnouz films the displaced lives of those living in the hangars of Berlin’s iconic Tempelhof airport, honing in on the stories of an 18-year-old Syrian and a 35-year-old medical student from Iraq. It’s a film about solidarity that offers a nuanced emotional perspective on an issue frequently oversimplified and sensationalised by the media. Aïnouz also makes the most of the airport’s cinematic potential, evoking an awe-inspiring sense of scale.

Arriving at Achtung with a somewhat thornier reputation is Merkel Must Go (Montags in Dresden). This calmly inquisitive doc sees filmmaker Sabine Michel wrestle with the question of how her picturesque home city became the epicentre of Germany’s alt-right, thanks to the incendiary efforts of anti-Islam group Pegida. Her approach is simply to spend an extended period of time with three individuals affiliated with the movement, including its co-founder Rene Jahn. When it premiered at last year’s DOK Leipzig festival, the film was heavily criticised by some for not overtly countering its protagonists’ poisonous views. But Michel’s point is clearly that we can only counter right-wing populism by engaging with the concerns and fears that fuel its proponents’ hateful rhetoric. Besides, the subjects ultimately hang themselves with their own rope. Particularly baffling is the world view espoused by single mother Sabine Ban, a daughter of Hungarian immigrants who stockpiles instant coffee in preparation for an impending German civil war.

Offering an uplifting counterpoint to this sobering portrait of intolerance and ignorance is Simone Catharina Gaul’s The New Children of Golzow (Die neuen Kinder von Golzow – check out our original 2016 feature on the protagonists here). It’s the story of how the mayor of a small Brandenburg town saves its famous school (featured in the legendary, decades-spanning documentary The Children of Golzow) from closure by inviting a Syrian refugee family to send their kids there. Said family proves altogether delightful, changing perceptions about migrants in a cut-off, conservative community. Gaul captures a real-life fairytale as it’s unfolding in real time, without glossing over the prejudice and resentment that still lurk in some corners of the town.

The fiction feature competition is a little more of a mixed bag: the unintentionally hilarious portrayal of Berlin hedonism in Night Out and the May-December romance of Breakdown in Tokyo fail to convince, but there are definitely quite a few standouts.

Julia Langhof remixes the coming-of-age disaster film in LOMO – The Language of Many Others placing her tragic young hero, Karl (Jonas Dassler), in the white, affluent suburbs of Berlin, but focusing on his struggles to navigate the altogether more hostile digital world. When he’s spurned by his classmate Doro (Lucie Hollmann) after a brief tryst, he enacts revenge by posting video evidence of their sexual exploits on his popular blog. Suffice it to say, the consequences are savage.

Each year the vibe is infectiously celebratory. Many neighbourhood Kinos partake in action with screenings and Q&As, and with a whole host of prizes (including our very own Exberliner Film Award) handed out at the open-to-all closing night ceremony at Babylon, titles from across the programme are given a valuable moment in the spotlight. Achtung has served as a crucial springboard for all manner of gifted local filmmakers – low-key gems like Alexandra Balteanu’s sex-worker drama Vanatoare and Carlotta Kittel’s self-reflexive doc Er Sie Ich both secured theatrical distribution after winning awards here last year. So for a sneak peek at the indie hits of tomorrow, be sure to get involved.