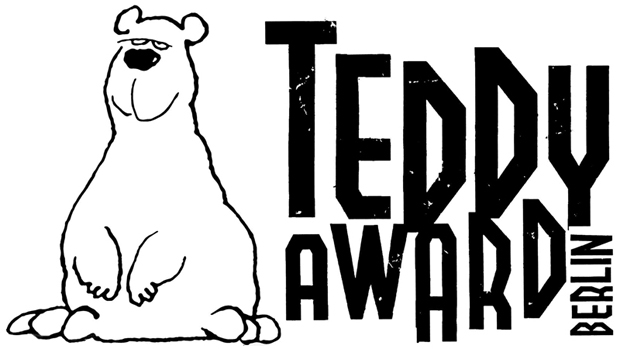 For a quarter century, the Berlinale has not only boasted a large percentage of gay and lesbian films – lately, some 20 percent of the program – but also a special LGBT-focused award: the Teddy. The festival is the queerest of all the A-list film fests. But 25 years on, how groundbreaking is the Teddy really?

It’s a unique thing,” says Wieland Speck, director of the Panorama section of the Berlinale since 1992. “For 32 years now, we’ve had an official section with a queer focus. You won’t find another festival of that importance that even has a one-year focus on queer cinema. We have it every year.”

Since its creation in 1986, Panorama, the festival’s ‘art house’ section, has been dedicating a considerable amount of screen time to gay and lesbian film – as much as one third of its selection in the last five years.

As the homo-champion of cinema, Speck is also the mastermind behind the Teddy Award, which honors the best in LGBT filmmaking and celebrates its 25th anniversary this year.

“From the beginning, the idea of the Teddy was to make gay and lesbian films impossible for anyone to overlook,” he explains. Every section of the Berlinale has an opportunity to snag a Teddy (which may sound cuddly but is more hard-metal cartoony in reality: since 1997 the Teddy is a bronze statuette designed by German comic artist Ralf König).

Queer films have made up 19.9 percent of the overall selection since 2005, a high representation considering that homosexuals make up only 2-13 percent of the population in the West.

The award functions as a kind of vanity mirror, reflecting the history and politics of its founders and the city itself. It began when Manfred Salzgeber, a Berlin film giant in his own time, was made director of “Info-Schau” in 1980. A complimentary section to the competition, it became a repository for world and art-house cinema. With Salzgeber being openly gay (he even acted in Panorama-stalwart Rosa Von Praunheim’s It’s Not the Homosexual Who is Perverse, but the Situation in Which He Lives), it comes as no surprise that gay films made their way into the section.

In 1982, Salzgeber hired Wieland Speck, a member of Berlin’s gay elite, as his assistant, and in 1986 the section was named Panorama. With so many gay films coming through the Panorama, the Berlinale became a hub for film professionals and the Salzgeber-Speck clique.

“We had those nights in the Prinz Eisenherz, the gay bookstore,” says Speck. “It happened in the Berlinale, but on the side it developed its own dynamic.” Each year a growing community of queer film enthusiasts met, discussed ideas and watched films together.

In 1987, Speck spontaneously asked what people’s favorite queer films of the year were and a consensus was reached that Van Sant’s and Almodóvar’s films were most deserving. “So I just wrote the filmmakers, ‘You’ve just won the Teddy Award’ and sent them a little teddy.” The story goes that someone there had brought two teddy bears for his boyfriend and thus, the Teddy Award was born.

Salzgeber died of AIDS in 1994; two years before, Speck had taken over as director of the Panorama.

As a ‘queen’-maker, the Teddy has certainly turned out to be a success. The award has highlighted the early works of some of the biggest names in gay filmmaking, from Todd Haynes to John Cameron Mitchell. “There was a flashback in the late 1980s, when AIDS forced everyone to become political again even though the time wasn’t very political,” says Speck. “The films that we showed in the beginning were often really subcultural militant films, very aggressive fighter films.”

“We were fighting for our rights,” says Marcus Hu, this year’s Teddy Award jury president and head of US film distribution company Strand

Releasing. The Teddy gave its seal of approval to Tom Kalin, Rose Troche, Todd Haynes and Cheryl Dunye, among many others. “In the early 1990s, with the New Queer Cinema, it was really urgent. Now those filmmakers are part of the landscape of American cinema.”

Twenty years on, as gay and lesbian culture has become an established part of western urban fun, and queer situations and characters a common occurrence in mainstream cinema, what’s left of the revolutionary edge of the Teddy?

Gay cinema may not be that hard to define these days, but when terms like ‘queer’ are thrown in, the Teddy rainbow gets a little blurrier. “Queer filmmaking is off the linear way of filmmaking. It’s a work, that in its structure and visual means reflects its content,” Ira Kormannshaus explains. No stranger to the Berlinale scene, Kormannshaus has been a festival steady since the 1980s and has worked for director Jochen Hick, a Teddy winner and multiple contender.

“Last year’s feature film Teddy-winner [Raging Sun, Raging Sky by Julián Hernández] can’t possibly be anywhere near queer,” she says. “The content needs to be emancipatory, if not groundbreaking, in order to make a truly queer film. My opinion is that the Berlinale used to be queerer; now it’s quirky. Of course Manfred is not with us any longer,” she concludes with a sigh.

Nonetheless, many recent Teddy winners, like 2008’s The Amazing Truth about Queen Raquela about a Filipino transsexual prostitute’s quest to become a star, still seem largely outside the gay-cultural mainstream. Certainly, the award is spotlighting movies way off the radar of the Berlinale at large.

Some say that to understand the relevance of today’s Teddy, you have to look outside of the Anglo-European cultural universe. “Internationally, other countries are now having a vibrant gay film emergence,” says Marcus Hu. “It’s important that these voices are now getting to be heard,” he says. “The Berlinale is showing these films and giving them international exposure.” With the help of the Berlinale, queer film festivals have sprung up in St. Petersburg, Indonesia and Warsaw.

Yet at time of publication, among the 30 films eligible for the Teddy 2011, several were clearly local endeavors, i.e. by or about Berlin local celebrities, such as House of Shame: Chantal All Night Long, another film by Salzgeber’s old colleague Rosa Von Praunheim, Angélique Bosio’s documentary The Advocate for Fagdom about Bruce LaBruce, and a film about deceased German director and screenwriter Werner Schroeter. Does Speck have too many friends? Whether these films are relevant outside of Berlin remains to be seen.

Complacent, the Teddy? As mainstream is catching up in big strides, its own political edge seems a little worse for the wear. “It’s not exactly the best time for innovations, for being daring,” acknowledges Speck. “It might be a bit boring, but I’d say it’s a time when we just want to enjoy a piece of normality.”