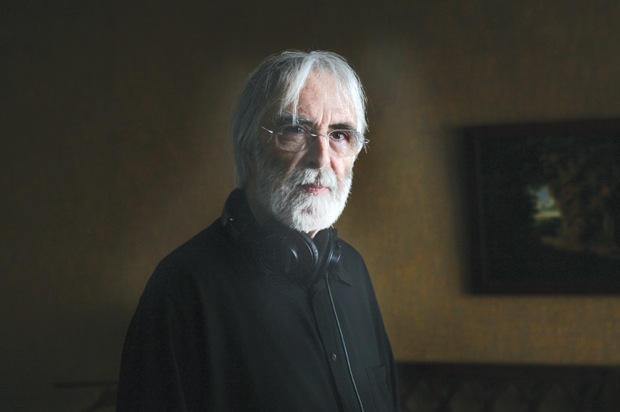 Austrian director and Palme d’Or winner Michael Haneke on how love can mean respect for suffering.

After winning the Palme d’Or in 2009 for his portrayal of ambiguous social and moral transgression in The White Ribbon, Haneke’s second triumph at this year’s Cannes festival focuses on terror of a different variety: the onset of sickness in old age. Amour (see our review on page 30) shows Haneke at the pinnacle of his powers as an uncompromising observer of frail humanity as he applies them to the most universal of subjects: death and dying.

Love can become visible in actions.

Michael Haneke and feelings: a contradiction in terms for many people who watch your films. Why did you make a film about love?

I don’t know if it’s a film about love. Whichever way you look at it, it’s a film in which feelings play an important role. The film’s point of departure was a very personal experience and the movie tackles the question: how do I deal with suffering experienced by a person I love? Which is, without doubt, one of the worst experiences that anybody can have. It was this experience that led to this story. The flat in the film is the Viennese flat of my parents, which we recreated in Paris. My father was a composer and conductor…

So, was your film only based on your personal experience?

No. Of course not. I did a lot of research. I spent time in hospitals, took part in language classes where people suffering from dementia are taught to speak again, etc..

“None of this is worth showing,” is a comment that comes up. How did you deal with the issue of showing and withholding?

As far as I’m concerned, in this particular case the problem of showing revolves around the issue of doing the subject justice without debasing it through sentimentality or showcasing the misery of suffering. Naturally, some things have to be shown. The question is, how? Too much is as bad as too little. Ultimately, you need to respect the topic.

That’s right. She wants to take the pressure off him because he feels obligated towards her. Of course she’s a burden. So when she says to him: “You don’t have to lie”, of course he has to lie. In a situation like this, you have no alternative – especially if you love someone.

Were there moments in which you felt that the tone was in danger of tipping into sentimentality?

I am allergic to sentimentality. I find it burdensome and unpleasant. So I think I’m probably relatively immune to it. But it’s the old issue of listening and sensing the right or wrong tones.

Why set the story in a bourgeois milieu?

I wanted to avoid making a social drama. It would have been possible to tell a similar story in a socially disadvantaged milieu in which people have no money. That would have made the situation even worse – but then the audience just ends up cataloguing it as a hardship case, assuming that if the people had money, it wouldn’t be so bad. That’s not true. Even if you have money it’s terrible not to be able to help someone.

Is music the last solace?

Strange that you should ask that: one of the ideas we had for a title before we decided upon Amour was “La musique s’arrête” (“The Music Stops”). There are lots of scenes in the film in which the music just stops. It’s a metaphor that works without having to labour the point.

The White Ribbon was set in a village. Amour is set in a flat. Why did you choose a chamber drama?

It was determined by the nature of the topic. When you’re sick, the world shrinks into the space of your own four walls. That aside, I was aware from the beginning that this topic is very ambitious and calls for an ambitious form. Which is why I tried to stick to the tenets of classical drama: unity of time, place and action.