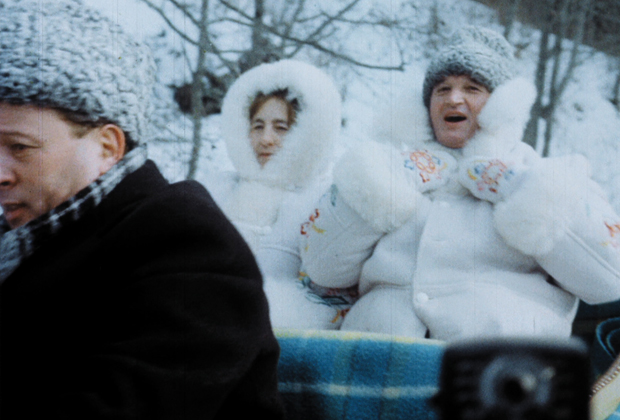 Explore the international cinema scene through a diverse selection drawn from the finest film festivals (including Cannes, Toronto and Venice) around the globe.

The line-up of Around the World in 14 Films emphasises independent filmmaking, whether it is the acerbic social satire of Todd Solondz‘s Life During Wartime (Nov 26, 19:30) or the visually striking journey to a cold, desolate land of blood and fjords that is Nicolas Winding Refn‘s Viking tale of violence, Valhalla Rising (Nov 28, 20:00).

Two entries with a more documentary slant are The Autobiography of Nicolae Ceausescu (Nov 27, 20:00, photo), a compilation of state-sanctioned footage that gives a glimpse into the cult of personality built up around the tyrant, and Terence Davies‘ intimate look at his hometown, Liverpool, in Of Time and the City (Nov 28, 17:30).

Each film will be presented by German directors, including Wim Wenders and Philip Gröning, and various shorts produced in Berlin will also be shown along with the 14 features.

Around the World in 14 Films, Nov 25-Dec 3 | Babylon Mitte, www.babylonberlin.de, all films in English or with English subs