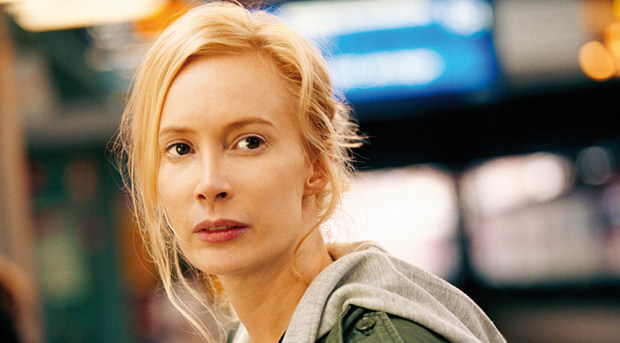 When it premiered in the Panorama section of this year’s Berlinale, Feo Aladag’s directorial debut When We Leave (Die Fremde) created quite a stir. Although she began her career as an actress, the 38-year-old Vienna-born multi-talent directed, produced and wrote the film’s screenplay herself. After working and directing spots for Amnesty International, she decided to explore a controversial subject very close to her heart: ‘honour’ killings.

How do you approach such a difficult and contentious topic?

With a humanistic approach. With a lot of careful attention, a lot of research, and a genuine attempt to approach all the characters with as much empathy as possible and portray their inner torment.

Were you inspired by a real-life case?

It was a gradual process. Six years ago, a friend who works for Amnesty International asked me if I would like to develop and direct a social spot to draw attention to violence against women. I went to Vienna and got hold of an infinite number of Amnesty folders, then researched for four months and kept getting more and more material. I was moved; I was touched; I was angry; I was frustrated. I asked myself why I was even doing a pointless job like writing and acting when I could be doing much more meaningful things? So I did the spot, and some of it just left a trace.

Around the same time, reports about ‘honour crimes’ and ‘honour killings’ – such a terrible term and paradoxical in itself – were appearing in the German media. I really wanted to understand how parents could abandon their loyalty to their children, the people they love the very most, and instead support something that comes from the outside. How can some ideology, some dogma, the fear of the judgement of others be stronger than what I believe is the most meaningful to all of us – love for the people who are closest to us? Who or what is closer to us than our children, our siblings, our parents?

How do you go about a topic like this?

For two years, I spent a lot of time in women’s shelters. Initially, I really listened and asked questions. But ultimately I simply tried to empathise, to imagine how I as a woman would feel if I were to arrive at a women’s shelter. I walked into a room. I sat down on a bed and tried to see what kind of an image would pop up. And that was the image of Umay, the main character, in her first night at the women’s shelter, when she goes downstairs and sits down at the table. I thought, “What would I do if I felt like crying, but I wasn’t allowed to or didn’t want to?” I’d have a sip of water. Because someone once told me that you can’t drink and cry at the same time. This is how a lot of these moments developed.

The film has a lot of powerful scenes without dialogue in them.

I think that silence and glances can be very effective, especially on film – we have so many ways of communicating and the verbal level is one of them, but I don’t think it’s necessarily the most important one, or the one which comes across best.

Was it difficult to get those young women to open up and talk about their lives?

You approach every interview partner in a different way. With teenagers, I found it especially helpful to talk about what they wanted out of life. To really ask them, how do you see your future and what do you wish for? I frequently heard things like, “I don’t have any kind of future here. I’ll always just be a damn foreigner.” But moments earlier they had talked with gleaming eyes about their plans for the future. If I asked them what was going wrong in their lives, they would say, “Sometimes I have to do things I don’t really want to do, but I don’t want them to be mad at me and I don’t want my mom to be sad.” That’s the way anyone would react if they were feeling instrumentalised or trapped, but don’t know how to act any differently in that situation.

Umay’s son Cem suffers a lot through the loss of his family and, in particular, his father. It was important to me to depict a moment in which we feel the loneliness and desperation of Kemal, his father, as well. He loves his child. I know enough fathers who don’t get to spend as much time with their sons as they would like, and not much is worse than that. It’s not easy. Whether or not he is abusive, he is a father who loves his son. He wants the best for him, just like Umay’s father wants the best for her.

What kind of reactions have you had so far?

Yesterday I talked to a Turkish journalist, one of the first men I met who was very interested in the topic. He told me how much the film touched him. I was so happy to hear this from a man. Until then, I had only heard it from women – German women of Turkish heritage, in particular, have been thanking me for the film.