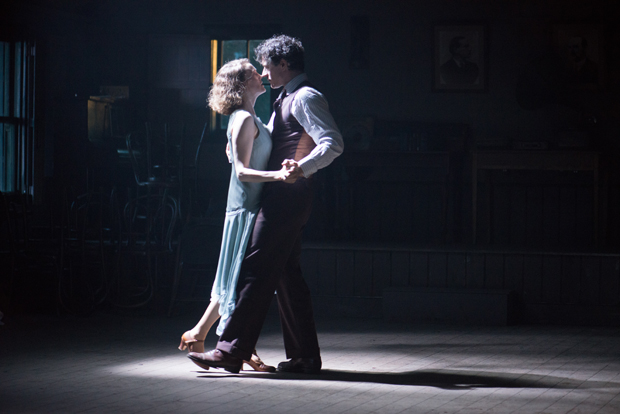 Palme d’Or winner, legendary auteur and Berlinale honorary bear holder Ken Loach has made close to 30 feature films over the course of his politically charged, impassioned career. His latest outing – the post-Irish Civil War drama Jimmy’s Hall, in cinemas now – is said to be his last. Aside from his latest effort, the soft spoken maverick’s still all socialist – concerning himself with socialist struggle, some World Cup woes, and Bishop Brennan getting kicked up the arse.

This is your second film to focus on Ireland in eight years. What is it about that particular period of Irish history that attracts you?

The relationship between England and Ireland is very important I think. It was England’s first colony and it’s our last. For 800 years they’ve intervened in Irish life, and the violence has been done by the British to the Irish although it’s presented as the other way around. And how the British treated the Irish, how they subjugated them, and all the problems they created, it’s a classic case of imperialism. Even down to the Civil War, when the British supported one side to maintain their interests. It illustrates everything about imperialism.

Was it necessary to look back in order to tell a story like this?

The people there were very clear, you had the community; you had the church in opposition; you had the landlords in opposition. And that unity of economic power and organized religion succeeded in closing down that free expression. It’s just a tin hut in a country field and you can tell that story about controlling consciousness just in that very simple diagrammatic way.

And the controllers, in this case, are the police and church.

Well I think there’s a phrase quoted in the film, “the masters and the pastors” and I think that’s more accurate as it is economic power. I think they’re called the gombeen men; the manipulators; the ones who see a chance to make a quick buck. What they call entrepreneurs (sighs)… but of course the church has taken a big knock now.

Did you have any qualms with getting Jim Norton in as a clergyman again?

Well, I didn’t but I did hear about Father Ted kicking Bishop Brennan up the arse. So a lot of people chuckled, but I hadn’t seen it, so I didn’t have a qualm.

Dance plays a role in the film too, what’s the importance of it in Jimmy’s Hall?

The Irish dance had a function which was identified with the struggle for independence because it was native Irish culture. But then it became something the church wanted to control and the church intervened in disapproving of certain types of Irish dance which were more free form. But jazz was something completely abhorrent to the church because it meant close proximity of bodies; it was associated with a sort of moral collapse so, of course, people liked it all the more.

Your politics and filmmaking have always, uncompromisingly, gone hand in hand. Had you ever considered another path? Did the blockbusters ever come knocking?

Well that also has a political position and the political position is that the US defends peace and freedom and they can solve all your problems with their guns. If that’s not political I don’t know what is. But it is very difficult to make a serious film and not show some aspects of society and therefore have some ideas about that society.

And if you hadn’t found filmmaking?

But really, there are always political things to get involved in and you could spend your whole life doing that. I don’t seek them out but it’s very difficult to turn away from them. I mean the Israel-Palestine thing at the moment, for which many of us feel completely impotent, but you do what you can in terms of organising in your own country to show support to the Palestinians.

Speaking of football, how did the situation in Brazil, for you personally, affect the World Cup?

Well the opposition was absolutely understandable, and important. I wasn’t involved in that so I don’t know the people. But inevitably the football takes over, it’s the way of the world, if you’re watching a game you want to know who’s going to score! But I wanted Brazil to win.

Well once they were knocked out…

So, after five days…

(laughs) Yeah, you can’t be too pompous about these things – not to undervalue the campaign against spending the money, I absolutely supported that but football’s football in the end.

The tournament brought up a discussion, here in Berlin, about nationalism. Jimmy’s Hall shows nationalism in a much different light.  Is it something people should shy away from?

Time and time again, it’s that working class you choose to focus on. Can you explain why?

Well I guess there are two answers to that. First of all the working class have the best jokes. They’re just more interesting and more fun and they live life closer to the edge, so the stakes are higher for them. If things go wrong then it can be a matter of life and death whereas for a bourgeois family, they have a lot of cushions around them. But you also have to consider; the working class is the revolutionary class and if change is to happen it will come from the working class. It won’t come from the bourgeoisie saying “We’ll give up our wealth in order for you to have a better life.”

But is that solidarity still there, now that the so-called working class aspire to such material things too?

Jimmy’s Hall looks at an idealistic moment or, perhaps, a loss of such ideals. It’s a recurring theme in your more strictly political films. Do you think the more jaded countries in the West can ever rediscover such ideals?

I think they probably can. The rise of the far right in some countries shows people are pretty desperate. But it depends how they’re presented and it’s a lot of work, because you’re combating a prevailing consciousness which is all about cynicism and telling people they have no power; that everything has to be in private hands; that the interests of the big corporations have to dominate everything. So when the whole weight of public discussion is saying that, to fight it is a lot of work. So you’ve gotta get out there. It can certainly be done, but it’s an uphill effort.