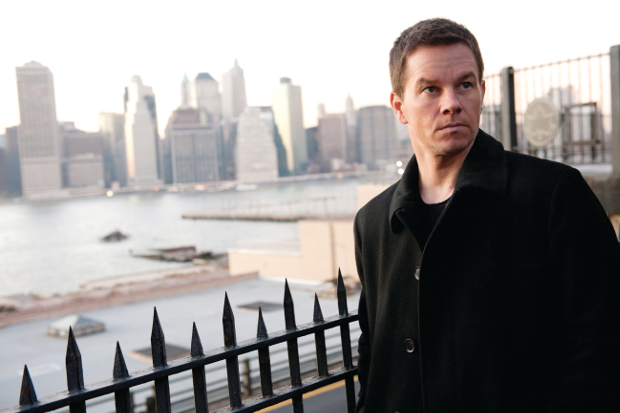 His past as hip-hop artist Marky Mark all but forgotten now, Wahlberg’s career highlights have included Boogie Nights, Three Kings and The Departed, for which he was nominated for a Best Supporting Actor Academy Award. Following more critical praise for his role in the 2012 comedy Ted, his most recent venture is the neo-noir political thriller Broken City, which he also produced.

Are you drawn to movies that involve corruption?

No, but I’m intrigued by scandal and corruption. People who get power have the tendency to abuse authority. I experienced that growing up as a kid in the inner city, dealing with corrupt police officers. It’s a world that I’m familiar with, that I find very interesting.

There’s always a moral aspect to your films…

Yeah, but I also love the redemption quality of my character, his willingness to sacrifice his own freedom for the good of others.

You first wanted to play the role of the mayor, now played by Russell Crowe?

You always want to play the part that you’re not really right for. It’s just one of those great juicy villain roles, a larger than life, charismatic crime figure.

About that incident involving you and the NYPD during filming…

My character is a former cop going out with this actress who’s trying to make a career for herself and is involved in this world of creative people. It’s a volatile situation. He’s been sober for seven years and starts drinking after he sees his girlfriend in a love scene. I wanted to see more of that. I told [director] Allen [Hughes]: wouldn’t it be great to see him spiraling out of control.

Basically we just took the camera and I had a couple of friends standing out there and I just started fighting with them, smashing stuff and going into the liquor store and throwing the beer bottle off a car. Then the police said: “That’s it, you’re not filming in New York City anymore.” So I had to call the real mayor’s office the next day, apologise, and ask them not to pull our permit.

You’re the main producer: what did that entail?

I had a hand in choosing the actors, the crew and hiring everybody, raising the money, shooting, deciding to do it independently. You don’t want a studio breathing down your neck every day saying, “It should be a happy ending.” We wanted to stay true to the writers’ original material, to be left on our own and get a distribution deal afterwards.

Does producing change your perspective?

If you’re an actor you basically show up and service the director’s vision. Producing a movie, you’re involved in every aspect, from pre-production, to principal photography, to post-production. It comes down to hiring the right people for the right parts and the right jobs, and creating an opportunity and an atmosphere for them to do their best work.

Which challenges did you face?

Just doing it for the amount of money that we had in the budget. It should’ve been a much bigger movie; we had 40 days to shoot a movie that normally would’ve taken about 70-80 days.

Do you miss the time as Marky Mark?

It’s a closed chapter, but those were fun times. I can remember coming here many times and causing all kinds of trouble.