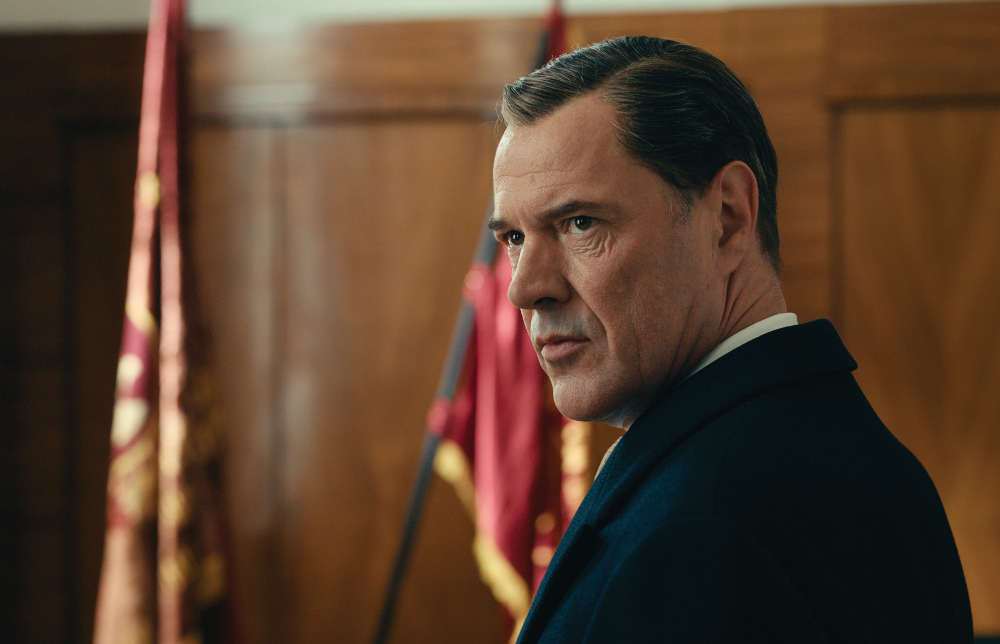 Sebastian Koch on his role in Never Look Away, a decade-spanning epic that’s Germany’s latest hope for Oscar glory.

A starring role in Florian Henckel von Donnersmarck’s Academy Award-winner The Lives of Others (2006) made Sebastian Koch one of Germany’s best-known actors overseas. Now the pair have reteamed for Never Look Away (Werk ohne Autor), a decades-spanning epic in which Koch plays a villainous SS doctor who repeatedly crosses paths with a tortured artist, played by Tom Schilling.

What was it like working with Henckel von Donnersmarck after all this time?

We never left each other! We’ve been friends for about 15 years and not much has changed. We had this amazing experience with The Lives of Others and like on that film, I was involved from the very beginning. He pitched me the story for Never Look Away about four years ago, before there was a full script, and I was convinced he should do it, because he’s so familiar with these stories that mix politics, history and art.

What was it about the script that attracted you?

My character was appealing. He’s strong, intellectually brilliant and very controlling – extremely German! I’m fascinated by these power-driven guys, because I’m quite the opposite. And having played historical Nazis like Albert Speer (in Speer und Er), here I enjoyed having the freedom to create my own backstory.

How did you find your way into this monstrous character?

He doesn’t see himself as a monster – he truly believes in what he’s doing. I think the core of it is that at one time in his life, he decided that he would never be a victim. It’s about control with him. He’s a chess player who’s always several moves ahead of others, and what he demands of other people, he demands of himself. It’s pure German discipline, and I wanted to show that through his lack of movement and the way he wears his suits like a uniform, for example. And Florian’s script is so well-written and shows how the character uses language like a weapon to destroy others.

From your perspective as an actor, has Donnersmarck’s approach to directing changed over the years?

Not at all. He still gives us this wonderful creative space and allows us to make mistakes. This is really important. Even when you come to the shoot with huge amounts of preparation, he lets you try different things.

You’ve been in big international productions like Spielberg’s Bridge of Spies and the TV show Homeland – is it important to you to balance these with German projects?

It’s my language and my home, so yes, absolutely. You don’t only express yourself with language, but it’s such an important vehicle, and I love to shoot in German. It feels more precise to me, like I can go deeper with it. And this is important with this character, who defines himself so much by his choice of words.I loved how the character was written and the specific way his downfall comes about. For the first time in my career, I didn’t change a word of the script!

Donnersmarck has stated that Never Look Away could be a companion piece to The Lives of Others, as both films explore the impact of art on life…

That’s very accurate. This film is about an artist who channels his traumatic experiences into his art. He’s almost like an Aikido fighter, in the way that he draws strength from the negative energy directed towards him.And the art he creates has the power to change things.

Well, it’s great just to get shortlisted, as we were up against some really strong films.And the fact that we’ve been chosen will help the American release of the film. How far we get is not in our hands, but it’s a pleasure to be back in the race. The experience with Florian last time was wonderful – it’s so thrilling when you do something that is embraced by so many people. That is, for an artist, the most beautiful thing.

Never Look Away opens in Berlin cinemas on October 3. Check our OV search engine for showtimes.