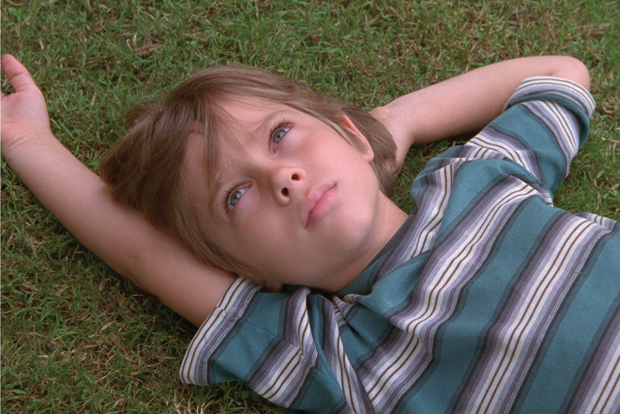 Following the success of Richard Linklater’s Before trilogy, Boyhood was widely tipped for this year’s Berlinale Golden Bear. It came away instead with Silver for best director – and heralded as landmark cinema.

You filmed Boyhood over 12 years. How did you first envision creating that kind of filmic progression?

I had a very strong outline. But I also knew that I was collaborating with a future that I couldn’t totally control. So it was kind of a leap of faith into the future to decide to do it. That was the structure. In a general way, I work like that all the time anyway. I always have a strong outline or script, but then I really do want to take it to another level of reality based on what the actors bring to it and what’s going on in that moment. So for all its long-term-ness, it’s actually a very in-the-moment movie. By the end, it’s very much just a collection of moments.

The use of ballgames, for example. Did you look for lines of continuity, or did they occur to you as you worked?

They just sort of occurred. Unlike most films that are sort of manufactured – you have x amount of time to render the script, and then however many weeks of shooting and post-production – this really didn’t live like that. I had between one year and 18 months between shooting the last section to think about the next one. To look at the footage and dream of what the film needed next, what was connecting and what I could cut out. More than anything I’ve ever done, I was very aware of letting this film be what it wanted to be. It was a living, breathing thing.

Mason chooses to become an artist. Is artistry a way to make sense of life’s discontinuities?

I think so. He wouldn’t be conscious of it at that moment but if anything, the film shows how your life changes abruptly: things do go away and what’s left is just your memory. And it’s a nice metaphor, isn’t it? A photographer capturing a little split second in time is kind of what the film is doing in its own way. When Ellar (who plays Mason) himself was getting interested in photography, I was glad to incorporate that into his character. A writer would be boring, or hard to depict: “Hey, he’s sitting there at a desk writing…”

Some of your actors, such as Hawke, went through the kind of real-life situations that they experience in the film. Did that play into your narrative?

I don’t know about that, but I think it was personal to all of us. Ethan and I both had divorced parents, in childhood. And Patricia and Ethan had both been through relationships, like so many in the adult world. This thing was a collaboration between not only ourselves as parents but our own parents and our own childhood. If you’re a certain age, you’re getting all these perspectives at once, and that’s very much how it felt making the movie. We were all very much aware of ourselves. It was pretty close to home to everybody.

Boyhood doesn’t always give us the big picture. Is this philosophy, predilection or personal experience?

Yeah, I like that view of history. Just getting bits and pieces. It’s funny how the past works its way into narrative format. It gets cleaner and more precise. I think that’s how our brains go through life anyway, trying to make sense of the world around us. That’s the first scene in the movie. He’s theorising with his mother: if you throw a rock in the air, could it fly away if it gets the right height? That makes sense to him. A few years later he learns that that’s a human fiction. You have to work a little harder to realize that the real world is kinda great. The phenomenon of life and the universe is more mind-blowing than anything you could think up.