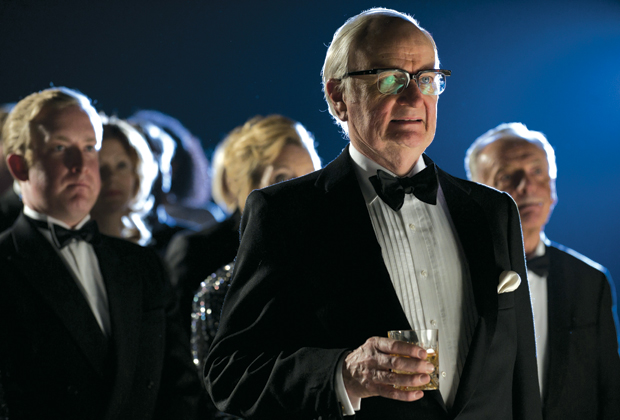 Equally comfortable on the stage, the television or the big screen, Jim Broadbent has become one of England’s most dependable actors, while stints in international blockbusters like Moulin Rouge, Bridget Jones’ Diary and the Harry Potter films have introduced the respected, award-winning thespian to a global audience.

He spoke to us about his latest role – as Margaret Thatcher’s long-suffering husband Denis – and why he thinks The Iron Lady is both controversial and Shakespearean.

What kind of character is Denis Thatcher?

He was very quiet. He deliberately kept his own personality out of the frame, as it were. His line was: “It’s better to keep your mouth shut and be thought a fool than to open it and remove all doubt,” which is a good line because it shows his humour and how he approached his job of consort.

Behind every strong woman must be a really strong man?

I don’t know about every woman, but I think there was in this case. He retired at the same moment that she took over leadership of the party, so he was available from that moment on. I think she appreciated him hugely.

Was he as funny as you are in the film?

He certainly had humour. I mean, you’d need a sense of humour. I don’t know how much of a sense of humour she had. She famously didn’t understand some of the jokes that were written for her by speechwriters, didn’t know what they were really.

Is there a Shakespearean quality to the project?

I think there is. It’s King Lear in its own way…

Phyllida Lloyd has worked more in the theatre than in film. Does that come across in the way she directs?

Totally. She’s a very sure-footed director in every way, having worked so much on big, big theatre productions. She’s only made two films, but she’s totally confident and brave and prepared to take great risks.

Why could this film be risky?

I think Margaret Thatcher was always controversial and the film was going to be controversial to a degree. I mean, which line do you take on a film about Margaret Thatcher? Which political line? And I think Abi Morgan and Phyllida and Meryl indeed have handled it very deftly and found another way into it. It’s generated a good deal of debate. At least in Britain.

With this role did you discover a new side to Margaret Thatcher?

I was never a great fan of hers, politically. But doing the film, and seeing her as she might be in her later years, certainly humanised her. You feel the vulnerability, the fear, the doubt – which I hadn’t focused on before. But obviously, we’re all human and that’s one of the things that the film does.

She did cry publicly, once, I think, when her son was lost in the desert…

I remember her crying when she left office. That was sort of shocking to see how important it was to her and how betrayed she felt, and that was, I think, part of the starting point of the film, really. That moment of her need to be in power and her need to be in that position was suddenly awfully evident.

After doing this film, do you like her more?

Yes, I’m more sympathetic, because, as I say, she didn’t want to show any of that other side to her and she was two-dimensional, and now she’s become, in my mind, a little bit more three-dimensional. But it’s only a fiction, we’ve only invented what we put on the screen.