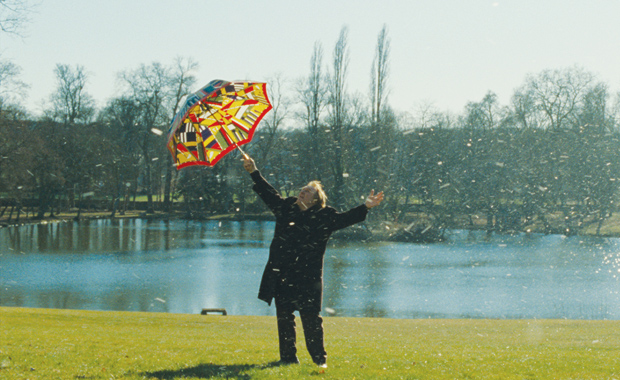 Unlike its cuisine, France’s Cinema might not be on the world’s heritage list yet, but it is all the same duly celebrated this month in Berlin. For its 10th edition, the Französische Filmwoche got itself 11 films, 10 German premieres and one extra venue: Passage Neukölln, splashing the event onto three cinemas in total (Cinéma Paris and Filmtheater am Friedrichshain being the other two).

The opening film Small World might not be an example of French cinema at its subtlest, but it is your chance to preview Gérard Dépardieu’s new French-German co-production starring Alexandra Maria Lara in the opposite lead, before its official release in Germany on December 16.

Many of the films at Französische Filmwoche, like La danse, Des hommes et des dieux, L’age de raison and Plein sud, will get released later in the coming months, but you can be the first to see them here.

Or concentrate on the other ones, like renowned actor Mathieu Amalric’s Tournée, which drew heavy attention on the red carpet in Cannes this year with its very colorful cast of real-life showgirls. The film is an updated version of the 1913 book by French novelist Colette and tells the story of a troupe of curvaceous American burlesque dancers touring France with their striptease show.

J’ai tué ma mère (“I’ve Killed My Mother,”) is the sweeping directorial debut of 20-year-old Xavier Dolan, a Québécois who strikes an original note with his autobiographical depiction of a relationship between a gay teenager and his mother. It received a standing ovation at his Cannes premiere two years ago.

A Dépardieu film, La tête en friche (“My Afternoons with Margueritte,”), in which a warm-hearted, under-educated man strikes up an unlikely friendship with an elderly lady who’s an avid reader, completes the ambitious program.