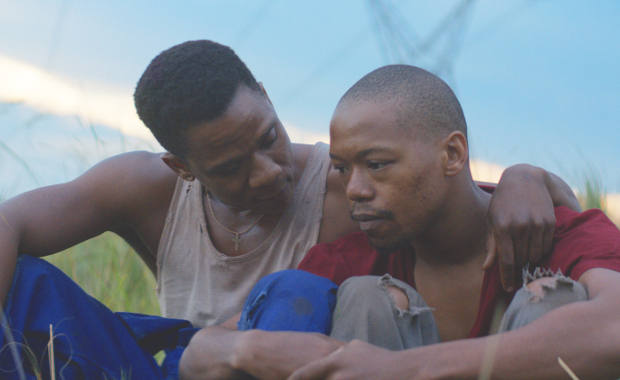 John Trengove is no stranger to the Berlinale. His short film iBhokhwe screened in 2014’s Generation section as an appetiser to this year’s, The Wound, in which he confronts stereotypes of masculinity and homosexuality in the midst of a traditional African ritual initiating boys to manhood. His feature-length debut opened the Panorama this year as a part of their focus on “Black Worlds”. Grappling with properly representing black culture and tradition as a white South African, Trengove speaks about white guilt, the reason behind making this film, and how he hopes seeing his film will change you.

Why do you think there’s a special Africa focus at this year’s Berlinale?

I think internationally there’s a huge amount of pressure to look for and give platforms to this kind of work. If you think about what happened last year at the Oscars with “Oscar So White”, I think the entire first-world film industry has to take stock of the fact that this is something that has been largely overlooked or perhaps not given the space that it’s due. Without being too cynical about it, there is an element of guilt about it.

The Berlinale is showcasing three films in this very broad section, two of those films by white directors – myself being one of them. You’ve got to question to what extent is this being addressed. Make no mistake, it’s a huge honour for us. We are humbled to be playing next to Raoul Peck’s film (I Am Not Your Negro) for example. But to speak about African history or the history of [its] cinema, I mean, that’s such a broad sweeping term. I think it’s really impossible to talk about these large issues in such a narrow context. I can certainly speak for myself and I can speak about the film, but as far as the festival’s agenda, that remains to be seen.

As a white South African, how do you feel you can authentically tell the stories of black culture in your films?

This question is at the centre of my concerns. It’s something that I’ve been grappling with every step of the way while making this film, and there’s different ways that I can answer it. One of them is that I’m a queer filmmaker, I’m a gay man living in South Africa. This film started out very much in response to what I thought was a very limited way in which African cinema, specifically South African cinema, was representing itself.

And then approaching black culture, as you call it, the film is set inside a very, very specific cultural practice. It’s a rite of passage into manhood, it’s very coded, it’s very complex and nuanced and I made sure that I collaborated with the right people in terms of representing what the film needed as accurately as possible. But I have to put a disclaimer: there are many aspect of this Xhosa ritual that I have no place talking about. The film is very specifically about the same-sex desire between men and how these urges and impulses are hidden and suppressed, and the violence and toxicity that erupt as a result of that repression. So it was always with this very specific focus that we went into this world and told this story. That’s what The Wound is. I would never claim to be representing black culture in general.

Do you feel like films about the LGBTQ community are underrepresented in the African film industry?

When we started talking about this film, one of the conversations that kept coming up was how incredibly narrow the depiction of black masculinity is in African cinema and in cinema in general. Black men are so often portrayed as these one-dimensional, hyper-masculine, thug and gangster types, so completely without dimension, vulnerability, or complexity. The Wound is very much about that: men who struggle to conform to a masculine ideal. The three main characters of the film struggle with this idea about what it means to be a man or what culture dictates a man should be in very different ways. I wanted to show a very wide range of experiences, from violence and power struggles across the spectrum to intimacy and desire, to show that these ranges of experience are possible in the company of men.

Is that why you decided to film with an all-male cast?

Yes, it’s an all-male and all-Xhosa cast. During the actual ritual, women aren’t involved at all. All of the men who participated have first-hand experience with the ritual; we had Xhosa practitioners and consultants on set. We put a lot of effort into representing the ritual and the culture seen in the film as authentically as possible – the community of men who are in the film all enacted the ritual in the way that it’s actually done. In the film there’s a gay protagonist who’s from the city and enters this ritual and challenges the codes of the initiation. We gave these men every opportunity to ad-lib and to react to him naturally. There was no direction from my side. In many ways we were recreating the situation as opposed to dramatising it.

The Berlinale is hosting an “African hub” for the first time this year. What changes do you think are needed in African cinema?

I can speak for the South African film industry, where the state funding that’s available to filmmakers is allocated to very commercial films. Which of course is valid, but to make the kind of film that we’ve made, which I would argue is just as valid and important, we had to turn to European funding and resources outside of the country, which is why The Wound is a South African, Dutch, German, and French co-production. If African cinema is serious about growing a voice that is distinct and taken seriously, then perhaps we need to look at funding alternative films and not be so reliant on European channels to make this possible.

So you feel like you’re receiving more support from Europe than at home?

In our case, certainly. About 30 percent of our budget was domestic but the rest was international. It’s not as if there’s nothing, in many African countries there would be absolutely nothing, but it’s still a situation where you’re sort of knocking on European doors and end up creating a film that is satisfying for European audiences in order to tell a story that is very local. It’s a strange relationship. I don’t want to be too critical of it because our European partners are incredibly supportive, but its still kind of a kind of strangely artificial process. If we, as an African film community, took more ownership, we could be doing some very interesting work.

How do you feel your local stories, as you call them, are received in Europe at these film festivals?

There’s a very committed, niche audience in Europe that follows world cinema and that is hungry for this kind of work. For us, it’s an experiment, we have no idea what the reception will be or how many people will come to see the film. We know that there will be an audience for it internationally, albeit a small one, but how the film will be received, I can’t say. I hope the film will be challenging, and it will probably be divisive. If it can provoke some sort of thought or debate, then our work is done.