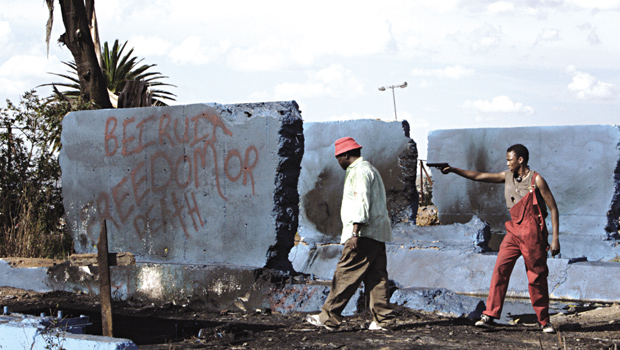 The South African director, who went from writing documentaries early in his career to dealing with fiction, makes his Berlinale debut with a tense, compelling action film with documentary approach to daily life in his home country.

Sum up your film in one sentence.

Film about memory and denial.

Because violence is such a typical theme in South Africa and the world, I wanted to understand it deeper.

I would screen it with [Michael] Haneke’s film Caché, because I love it and the themes of denial are similar.

If you didn’t make films, what would you do?

Be a Buddhist monk.

Living my life to the fullest and being kind, generous and fair.

A film or director that changed your life? Spike Lee’s Do the Right Thing and Costa-Gavras’s Z.

Describe one of your favourite scenes in a film of your choice.

The scene in The Godfather where the Al Pacino character confronts his brother who has just betrayed him and ends up killing him. Heartbreaking.