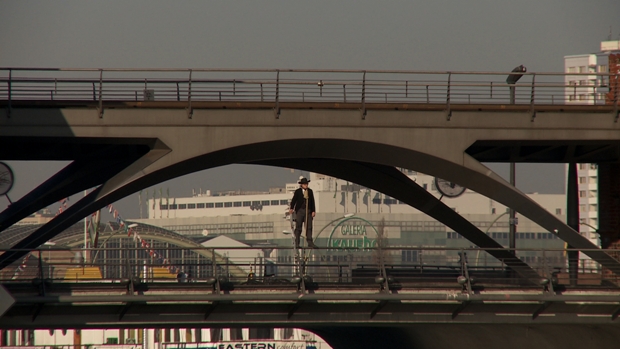 Our old pals at Realeyz.tv and Achtung Berlin 2012 have paired up to present arthouse-nouveau movie buffs the chance to catch an exclusive web preview of Klappe Cowboy! The film premiered earlier this year at the 33rd Max Ophüls Film Festival in January.

In this audacious satire, self-proclaimed cowboy Timo Schiller (that’s just “Cowboy” to you, please!) treks to Germany’s capital city in order to make it big in the movie biz, like so many other souls floating through Berlin.

After withstanding disasterous job after disasterous job, and having met some pretty questionably-inclined characters along the way, the intrepid Cowboy meets real-life artist YPS and begins his inadvertant initiation into pornography filmmaking. He’s standing in an artistic wasps nest but, despite his amateurish qualities, still manages to deliver a sting.