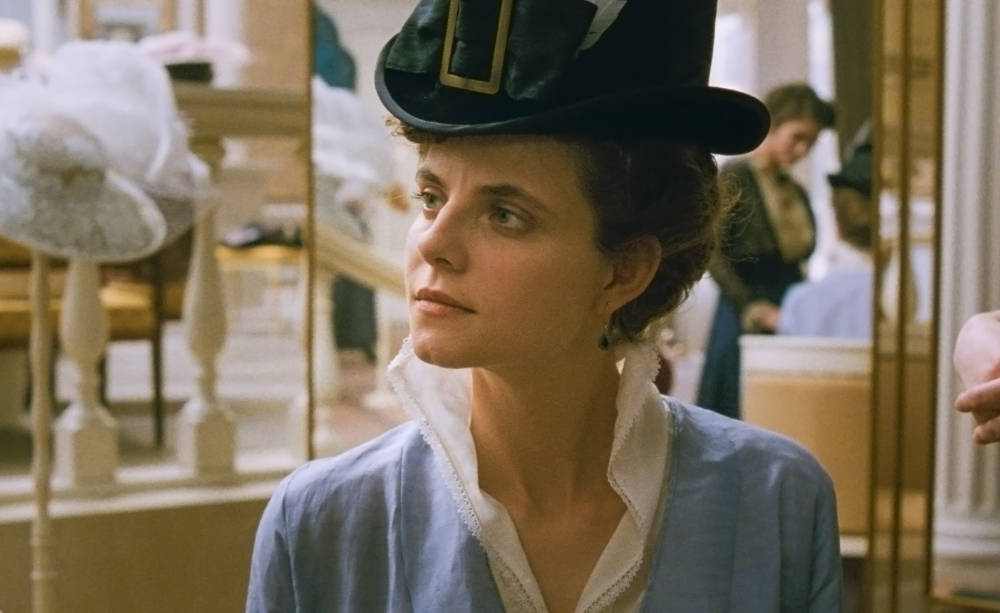 Four years since his daring Holocaust drama Son of Saul, which won the Oscar for Best Foreign Language Film in 2016, comes László Nemes’ dizzyingly immersive Sunset, in which he applies a similar aesthetic to weave a stunning fever-dream mystery.

Sunset is set in Budapest at the dawn of WWI. Why choose this specific location and time?

It’s right before WWI and I wanted to go back to the birth of the 20th century so as to better see the crossroads of a civilization which promised such a different future from what it eventually became. The self-destruction couldn’t really be foreseen at the turn of the century, so I’m fascinated by that society that chose suicide, if you will, overall the promises of sophistication and progress.

It’s impressive that you used no special effects or CGI to recreate the time and place.

I wanted the world to have this organic feeling, for the audience to feel like they are in a real place with so many layers. The main character is thrown into a world she doesn’t fully understand and it made sense that we recreate it as intricately as possible in order to mirror this.

There is a labyrinthine quality to this narrative that can discombobulate. Were you looking to disorientate the audience?

Yes! That was very much at the core of the project. We live in a time when all efforts are being made to orient the audience and reassure them, giving them false hope and a false impression of certainty. On the contrary, I was attracted to a world that has no identifiable beginning and end. It’s a spiral. We tend to give ourselves the illusion of controlling the world. In reality, there’s more mystery than there is certainty – I’d like for audiences to face uncertainty. And in a way, we may well end up in a situation similar to our forefathers’ before WWI.

Part of the disorientating feel is the way Sunset is filmed, using a similar aesthetic to that of Son Of Saul…

I wanted to convey the way we perceive life, and the limitations our perceptions impose on us. I’ve been very interested in how we can follow the main character in a specific space and time without being able to cut away or give an all-encompassing perspective of it. Because we are stuck in our lives. It has to do with the human condition and it was important to me to find the cinematic means to convey that sense of being lost in a labyrinth.

The choreography of these long shots is beautifully elaborate.

Thank you. It had to feel like a journey, and it’s important to convey what the main character feels – we’re sticking to her point of view through the camera, but also because she’s trying to unravel the mystery around her and inside of her.

Visually speaking, one thing that struck me was this chiaroscuro play with shadows and the duality between the light and the darkness…

It’s a film built on contrasts, you can perceive it as a doppelgänger movie. I always like stories in which conflicting elements collide. There’s something mythical to it. Maybe it’s because I liked fairytales so much as a kid. I designed the movie with oppositions in mind, which you can find in the lighting for sure, but also in other elements that are clearly at war.

One of those elements is also the sound design – this is a very noisy film!

(Laughs) Yes, there’s not much silence. It’s also very musical and we used a variety of music from the time. The sound design immerses you into the mind of the character and you have to find a way as a viewer to orient yourself in the layers.

You shot this on 35mm. Why choose film?

For me, this is the magic of cinema! There’s something of the physical world that we’re trying to get rid of when we give our brains to computers. But I think that human beings need the physical to exist, otherwise too many things become abstract. In 30 years’ time, all these digital clouds we’re creating will probably be gone.

Juli Jakab, who plays the protagonist Irisz, also had a pivotal role in Son Of Saul. When I was thinking about Sunset, it’s as if these two characters could be related, with inherited trauma through generations. Was that your goal in casting her?

I like this theory, even if it wasn’t a conscious decision on my part. I think if you take the image of the woman in the barracks (in Son Of Saul) which is the lowest of the low in terms of civilization, and then see the face of this brilliant figure in a hat at the turn of the century, you can’t reconcile the two images. And yet they belong to the same human being. And there you find encapsulated the tragedy of the 20th century and how civilisation decides to destroy itself. It was unconscious on my part, but certainly there’s some truth to what you said.

Would you say it’s a pessimistic film? The last shot doesn’t give much hope and can make us feel like we’re stuck in something of a time loop, repeating the mistakes of the past.

We are in a way. I think there’s optimism within the pessimism, if I can put it that way. There is despair in the movie and I would love to have a better outlook for human beings, of course, but I think I was interested in the invisible history. When you see shots of the trenches, history is visible. But what interests me is the time before World War I and what lead us to utter self-destruction.

Is that why the film is called Sunset, to represent this end of an era?

It’s a reflection on the 20th century and in a way, on where we are now. It’s also a reference to Murnau’s film, Sunrise. He made it after the war and it’s one of my favourite movies. And that film, coming after the trenches, was full of optimism and was about the kindness of the human soul.

What’s next for you?

It’ll probably be a movie in English. And I hope to retain my freedom if possible, although cinema has become a producers’ business and I think directors have become more or less the slaves of producers! A few decades ago, directors were considered the authors – that remains true in its phrasing, but I don’t think it has retained any real truth anymore, especially when you see the financing logic. Also, television style and aesthetic have completely conquered cinema.

Do you fear a certain sense of conformism?

Yes. You can see it in the way films are made – reassuring the audience through plot elements that leave no kind of questions, as well as the standardisation of format and visuals through digitisation. I think it’s never been so standardised and conformist.