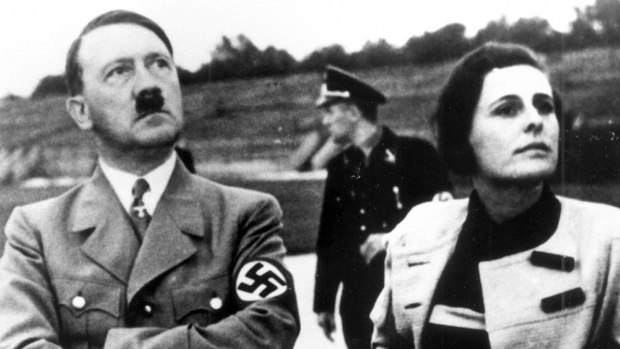 It’s no secret that the Third Reich footed Olympia’s enormous bill, be it on the basis of Riefenstahl’s close friendship with Hitler or her prowess as a cinematographer. But apart from the odd Nazi salute and swastika-embellished vest, there isn’t much obvious Third Reich propaganda in Olympia.

Aside from his opening speech, what little footage of Hitler there is shows him goofing around as a spectator (scenes that Riefenstahl excised in subsequent recuts of her film). Riefenstahl barely alluded to Germany’s 89-medal Olympic supremacy, but she did doctor footage of the hockey final between Germany and India, which the hosts lost 1:8, so as not to reveal the embarrassing scoreline.

She was adamant that her cameras didn’t promote the Aryan ideal, but was her focus on black athletes like Jesse Owens really a marker of progressivity? Maybe not. Goebbels’ Olympic script was clear – attacks against Owens in the German press “don’t have a favourable effect in foreign countries”.