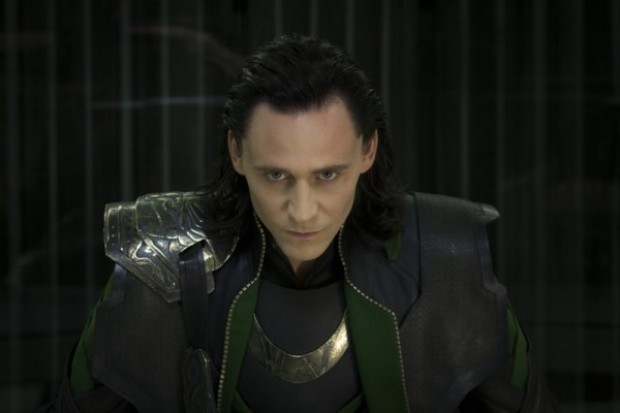 Probably the best thing to come out of RADA (the UK’s Royal Acadamy of Dramatic Arts) since Ralph Fiennes – Tom Hiddleston has a mind to go with the moves. With a double first from Cambridge, he’s more of a household name in the UK than elsewhere for his roles in the hit TV series Cranford and an early role in a Nicolas Nicklesby adaptation.

Playing Loki, the adoptive brother of Thor, in Marvel Cinematic Universe films has widened his fan base considerably. Based on his performance in The Avengers, that trend is likely to continue.

What do you enjoy about playing the bad guy?

There are so many things. I love how complicated he is. That he’s not all bad. He’s not just some crazy anarchist. He is crazy and he is an anarchist, but his crazy anarchy comes from the fact that his heart is broken. He is so spiritually damaged. His jealously comes from loneliness. His anger comes from sadness.

I feel as though his credentials as a bad guy are rooted in some very human feelings. As an actor playing a character, that’s the greatest thrill.

Do you think there’s a chance that Loki might turn good?

I do. I hope so. In the comic books and in Norse mythology, he’s always dancing on the tightrope of redemption. He’s constantly doing terrible things and being forgiven and then doing some terrible things again. He’s the shape-shifter in Norse mythology: somebody who can never be trusted and is always changing. And that’s why he’s a great character, Shakespearean in a way.

So you reference Norse mythology as well as the comics for your role?

Yes, just because it informs you in an unconscious way. That’s what Stan Lee and Jack Kirby were referencing when they created the characters of Thor and Loki. It’s nice to go back and borrow. Comicbooks are two dimensional by their nature. Films and performances have to be three-dimensional. You use whatever you can find.

Kenneth Branagh and I talked about Edmund in King Lear—another illegitimate son. We talked about Iago, another complicated bad guy, about Cassius in Julius Caesar, who can’t be trusted. It’s nice to dig around. They are archetypes, these characters. It’s almost biblical. Cain and Abel.

Loki has so much power that the earth’s most powerful forces have to come together to fight him. What’s it like, being such a badass?

I grew up watching the bad guys. Now, working with all these superheroes played by superstars who get together because Loki is a badass, it’s kind of an honour.

Loki’s speaks a lot about freedom. What’s your take on freedom?

Well, my concept of freedom is very different from Loki’s. His concept is completely deluded. His delusional rationale is that humans are engaged in eternal warfare and conflict with each other and if they were united in reverence for one king they would be at peace. Flawed, I think you’ll agree.

But are we free? I do think freedom is an idea in the mind of the individual. Everything is a choice. Accountability is an old-fashioned idea but I think we do chose our own responsibilities and then complain when we are trapped by them. We are free (with exceptions, of course) to change direction and defined by how we respond to constraint. If you have enough rigour to exercise freedom of choice, then you are free. Big talk.

You are the thinker in an action movie. You have a plan, the others react. Does that give your character an edge, in terms of complexity, ambivalent depth?

The thing about villains is that they are embodiments of our most complex feelings. That what makes them interesting and gives them edge. I’m having to inhabit ambivalence, elegance, vanity. The nature of the character is that he’s a strategist. Other characters have physical superpowers. His superpower is the ability to manipulate. It’s his mind.

Loki has to strike a deal with someone in order to command a huge army. The post-credit scene suggests someone, whom we won’t reveal …

But will the repercussions of the post-credit scene be seen in the next Thor movie or the next Avengers movie?

I don’t know. I haven’t seen the script for either film. I just don’t know. Thor 2 takes as its starting point the end of the Avengers. I guess Thor and Loki return to Asgard and I’m sure Odin will have something to say about what happened. As to the rest of it? I really have no idea.

Your bad guy was so intense. Do you have a cruel or crazy, manipulative side yourself?

The fun part about playing Loki is that he’s released – from restraint. He doesn’t care what anybody thinks, which is also isolating. I’m not that wild. Most actors’ lives are dull as ditch-water. I explore different facets of myself in my work. That’s the fun. Loki is my exploration of my own craziness. As Tom, I believe very strongly in kindness. It’s like a secret weapon. It can move mountains.

What about all these superhero movies that are being made?

It’s the technology. Ten years ago, it wouldn’t have been possible. Now there’s a level of technology to support the grandeur of the vision. Maybe it’s also a kind of modern day mythology.

Every generation has its thing. It used to be westerns, then police thrillers, now it’s superhero films. That’s what we are in to: because they are representation of what’s best in us. Courage, sacrifice, doing the right thing. It’s something that appeals to us because we are all children before we are adults. And children connect deeply with redemption narrative. None of us have forgotten that.