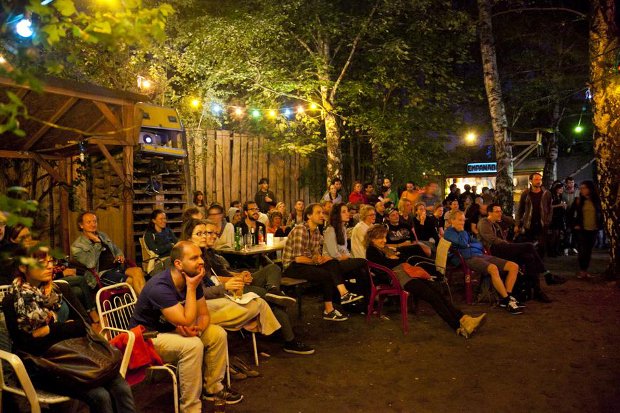 Catch up on a year’s worth of indie flicks at the Long Night of Film Festivals.

Berlin’s eclectic indie festival scene goes a long way to compensate for the play-it-safe programming that characterises many of our city’s Kinos. But with new niche events popping up virtually every week, it’s easy to fall behind on attendance. Happily, the Long Night of Film Festivals is back to offer an epic primer in the past year’s more adventurous curatorial endeavours. Over 20 local fests will present highlights from their recent programmes, from the 11mm Football Film Festival to the ZEBRA Poetry Film Festival. New to the party this year is the Festival of Animation Berlin, whose shorts selection includes Arts & Crafts Spectacular #2, an offbeat claymation doc featuring the vocal talents of Yoko Ono and Bruce LaBruce. Also participating for the first time is Teresa Vena, curator of the Film: Schweiz festival and the Prachtige Films Flemish series, who’s bringing a touch of outrageous comedy with Ron Goossens, Low-Budget Stuntman, a knockabout tale of an alcoholic Dutch daredevil. Other highlights include “The Female Gaze”, a shorts programme showcasing Irish women filmmakers, presented by the Shebeen Flick Festival. There’s also live music to keep spirits high, courtesy of krautrockers Wichswut and indie trio The Instant Tigers.