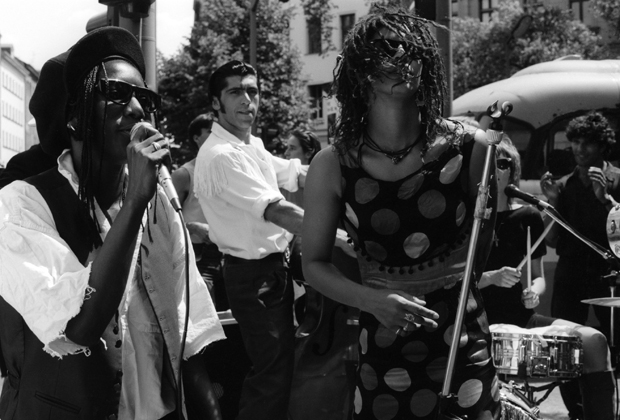 A gritty, black-and-white vision of Berlin, this month’s EXBlicks is a Jürgen Brüning-produced testament and tribute to the underground indie scene and left-wing activism of the early 1990s.

Buitenhuis’ Trouble has Yvonne Ducksworth, the lead singer of German cult band Jingo de Lunch, starring as likeable expat Jonnie who fled Canada to make a new life for herself as a musician.

Home is where the heart is and as the steamroller of gentrification threatens to squash just that, she soon finds herself and her bandmates – including Stereo Total’s Françoise Cactus – in the company of squatters and revolutionaries. Riots ensue, love blossoms and although the acting can be grating, the film comes off as a largely honest depiction of a pivotal time in the history of Berlin.

Presented by Exberliner in cooperation with realeyz.tv, the screening will be followed, as always, by a director Q&A and complimentary wine.