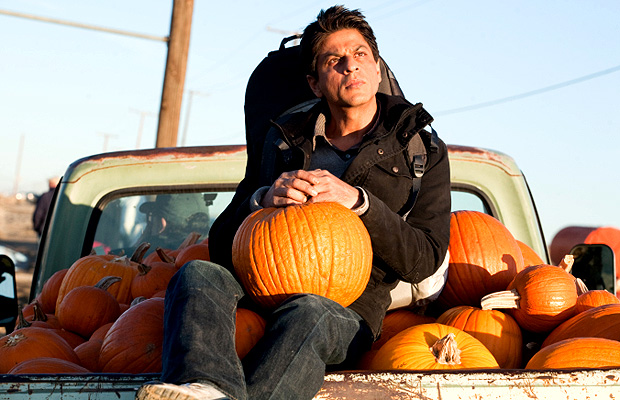 Shahrukh Khan might never win an Oscar, but he’s a better actor than most people think. His characterization of My Name Is Khan’s protagonist as a cross between Dustin Hoffman’s Rain Man and Forrest Gump was roundly ridiculed at the film’s Berlinale screening, but how many among us actually know autism sufferers and so are able to judge the ‘realism’ of his performance?

If Khan’s seems to lack subtlety, make no mistake: we see plenty such broad generalizations both on screen, when we watch comedies or action films, and, more prominently, in docudramas and casting-show formats – not to mention your standard TV sitcom.

The rather lukewarm (or even ridiculing) reaction to My Name Is Khan’s first screenings was perhaps also a result of its chimerical nature. The film is squarely rooted in the Bollywood tradition, which has a fanatically loyal but relatively small fan base in western countries. Beyond that base, people know next to nothing about it other than to expect vibrant colours, excessive length, elaborate song-and-dance sequences and trite romance, all tied up with a happy ending.

But My Name Is Khan clearly tries to break out of that small circle of aficionados and into the mainstream. Perhaps this is the reason why it’s lacking the dance numbers (there is plenty of music), although like all Bollywood films, it takes its time introducing characters and developing storylines.

Rizwan Khan seems at first to be the beneficiary of a classic immigrant success story. Raised by a loving mother, the young Rizwan gets a decent education despite his peculiarities – only later, after following his younger brother to the U.S., is he discovered to be suffering from Asperger’s Syndrome, a form of autism. Soon, he meets the stunningly beautiful divorcee and single mom Mandira (Kajol). They fall in love, marry and move to the suburbs of San Francisco, where Mandira opens a beauty salon.

All is wonderful until 9/11. Then, in the aftermath of the terrorist attacks, the couple’s neighbors discover that Rizwan is Muslim (although not his wife). They shun both the couple and the salon, and Mandira’s beloved son Sam is killed by bullying school kids. In her grief, Mandira blames her husband for everything from her son’s death to the anti-Muslim turn in the political landscape; Rizwan goes away, on a mission to meet the U.S. president and tell him, “My name is Khan and I’m not a terrorist.”

The second half of the film is one long road movie: it has been heavily edited, vis-à-vis the original version, for length and political correctness, and loses a little bit of steam and coherence as a result. But both before and after its dramatic turning point, My Name is Khan is a remarkably complex depiction of America from a very specific point of view.

While Germans have recently adopted a very critical stance toward the U.S. – condemning it on the way into Mickey D’s for a burger and a Coke – it’s still the promised land for thousands of Indian (and other) immigrants. And while the film shows the U.S. as a place where you can live out your dreams, it would very much like to remind its American audiences that their country has often, in recent times, broken its promises when it comes to freedom and tolerance.

MY NAME IS KHAN | Directed by Karan Johar (India 2009) with Shahrukh Khan, Kajol. Opens in Berlin cinemas on June 10.