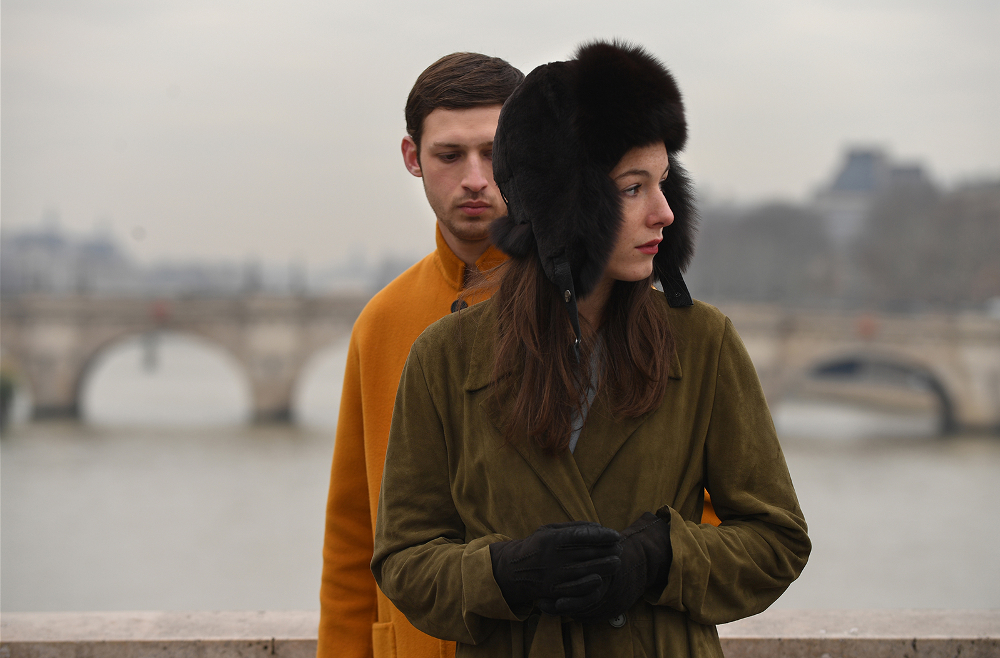 How directly is the film based on your own formative years as an Israeli exile in Paris?

Around 18 years ago, after my military service, I had this sudden compulsion to leave Israel, to save my soul from what I felt was an incurable disease. I landed at Charles de Gaulle Airport and stopped speaking Hebrew immediately. I think of the film as a thesis on my life – sometimes it’s the way it was, sometimes it’s the way it could or should have been. My main aim was to capture the feeling I had when I arrived in France – I was in this kind of feverish state.

Why did you choose to explore this period of your life at this point in your career?

It was a mixture of personal and practical reasons. Some of the questions I raise in the film are still totally unsolved for me personally. I live back in Tel Aviv now, and many of my problems with Israel remain the same. The big difference is that today I don’t necessarily believe that France is the remedy! On a practical level, when my previous film (2014’s The Kindergarten Teacher) became successful, I got emails from French producers asking if I had a project in Paris, so it got me thinking about this very meaningful thing that happened to me there.

In the current political context, it’s a rather bold gesture to portray an immigrant man wishing to assimilate as quickly and as completely as possible in the culture of his host country…

After the film won the Golden Bear, someone sent me a quote from an extreme right-wing German website. They cited the protagonist Yoav as an example of a good immigrant, because he’s ready to totally abandon his national identity. It’s not a very intelligent reading, because the film also talks about to what extent a country can integrate immigrants if it’s only willing to accept them on its own terms. But ultimately, it’s not like I have the answers – it’s not a pro or anti-integration movie.

How have audiences responded so far?

More or less everywhere, it’s dividing audiences. The reactions are very powerful on both sides. In Israel, I got threatening letters, and the Minister of Culture said she doesn’t know if the film complies with Israeli law. But it did well commercially and the critical response was good. Many people told me that it really captured something and that they’d sent family members to watch it in order to understand what they’ve been through.

The way I see it, Israel is a society of men. I spent over three years in a very small military base with only 15 men for company, it was a world without women. It was totally straight in a way, but also extremely homoerotic. It never became sexual for me, but all around me there was this affection, attraction, fascination.

Tom Mercier’s central performance is revelatory. Did the direction of the film change once he came on board?

While writing the script, I naturally imagined myself in the role. And when I started casting I had this intense concern about maintaining the truth of the film. But all these doubts disappeared the moment Tom began his audition. Just as the movie is in some ways an improved version of my life, Tom is definitely an idealised version of myself at that age. He’s obviously a very good actor but he’s also a really unique and peculiar human being who can only be in a state of total truth.