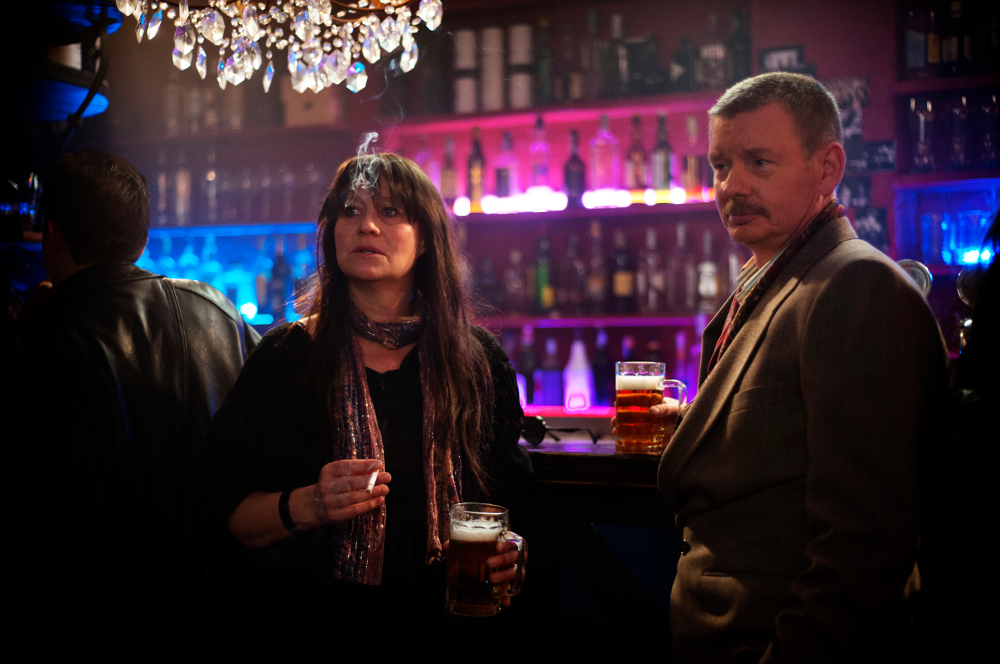 Italian director Susanna Nicchiarelli on Nico, 1988, or the last three years in the life of Christa Päffgen, aka pop icon Nico. Join us for an exclusive EXBlicks preview before its cinema run next month on June 12 at Lichtblick Kino.

An award-winner at the Venice Film Festival, Nico 1988 explores the ageing star’s struggle to be remembered for more than the men she inspired and worked with in her glorious youth, from Andy Warhol to Lou Reed.

What made you want to specifically focus on Nico’s twilight years?

I didn’t want to make a biopic. I wanted to move away from the traditional fame-then-decadence framework. It was an opportunity to say something on how complex a person’s life really is, which you normally don’t see in the movies. Nico didn’t die at 27 – her life actually went on for a good 20 years after the parts everybody knows. So it was much more interesting from a creative standpoint to focus on those final years, because that’s also when she made her own music and repaired some of the mistakes she made when she was very young. Also, according to most biopics, it seems as if youth is the only interesting part. And it’s almost better if people die young, because then the myth is kept alive, which is something I’ve always hated and don’t believe in. A person’s life becomes more interesting as you grow up.

A lot of biopics also use nostalgia. How important was it for you not to fall into that trap?

Very important, and I’m glad you mention nostalgia. That’s something I loved about Nico – you could tell in all her interviews that she was not a nostalgic person. I fell in love with the character because of that. She was very ironic and the relationship she had with her past was very healthy. I find her very inspiring, as I believe that being nostalgic is often an excuse not to live your present.

What sources did you use for your screenplay?

I met with her son, Ari, who was the main source for many reasons, mainly emotionally. I also interviewed her then-manager Alan Wise, and spoke to several musicians, and through these encounters came many anecdotes and stories which I included in the screenplay.

Can you talk about the casting of Trine Dyrholm (The Celebration, The Commune), who plays Nico?

I needed a strong woman to help me with this character, because Nico wasn’t an easy person and I wanted to tell the ‘real’ Nico, the woman behind the icon. So I needed an actress that could make her real and empathic at the same time. The coincidence was that Trine was also a singer – when she was very young she came in second or third at the Eurovision Song Contest! She has a great voice, and we re-recorded all of Nico’s songs in the studio before shooting. We found the character through the music, and I needed the live performances in the film to be really live. I didn’t want to play Nico’s songs and have Trine mime along.

She isn’t a dead-ringer for Nico…

No, she isn’t! (laughs) But whoever I would have chosen to play the role would have not been a lookalike. It allowed me to be freer with the character. That’s also another thing I dislike about typical Hollywood biopics. They usually stress the physical resemblance too much, and it usually means that you lose a great deal with regards to the interpretation.

The film shows how Nico seemed to always be defined by her past, specifically by men like Warhol, Lou Reed, Brian Jones…

I tried to talk about that without necessarily mentioning the men by name. Jim Morrison was one of the rare ones because Nico would mention him all the time, but for a different reason – it was Morrison’s idea for Nico to write her own songs. What I think is very annoying is the fact that people have always been talking about Nico through the men she slept with. It happens far too often with many female figures. Nico did so much more with her life in her later years, especially when she wasn’t the image in somebody else’s hands.