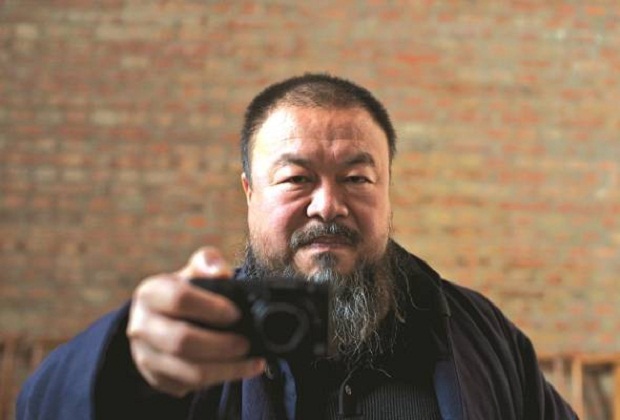 First-time filmmaker Alison Klayman on what it’s like to document the world’s most important living artist.

American journalist Alison Klayman lived in China from 2006 until 2010. Working on a documentary short, Ai Weiwei: New York Photographs 1983-1993, gave her the chance to take a very personal look at the artist and activist and led to the making of a full-length documentary. Ai Weiwei: Never Sorry comes out on general release this month.

Ai Weiwei is a star now. How did you get this close to him?

I went to China in 2006 and ended up staying there for several years. I first heard about him in 2008, because my roommate was curating an exhibition of his photographs and she asked if I’d want to make a video for the gallery in Beijing. I had time on my hands and a camera and said “yeah”.

When did you meet?

He walked into his office and the team from the gallery said, “Alison’s going to make a video.” It was immediately apparent how charismatic he was. Then I was around and filming – just for the sake of filming – and had all this interesting material that didn’t make it into the video. Later, in 2009, I was filming at his home and he had a friend over and said, “Yeah, that’s Alison, she’s been filming me for a long time. She’s making a documentary.” So that was the first official acknowledgment.

So you never talked to him about your focus?

Most of the time I was making it, there was no concept of where I wanted to go. It was an open investigation. Who is Ai Weiwei? I just knew I wanted to get as many different parts of his life as possible and really push for those moments that you only get with that intimate kind of access. If you’d said to me at the beginning, “This movie is about human rights,” I’d have said, “How?” I was trying to do a character portrait. He’s seen the film. He didn’t ask to change a single thing.

Your choice of film material shows Ai as someone who admires his artist father greatly and is a bit short with his mother.

Different people read that differently. I’ve had people who feel that in the way that Chinese familial dynamics play out, there is something very tender about that moment. Others feel it’s very cold.

What did you feel?

I think Weiwei was trying to protect her. Saying, “It’s gonna be fine.” Before we meet his mother you see the interview where he says dismissively, “My family hasn’t influenced me very much.” For me, that speaks for Weiwei as a kind of unreliable narrator. Part of it is that it’s an incredibly difficult period in his life. Relating to it in a casual way may sometimes be difficult. At other times he’ll say, “Okay, you’re writing about me. The first thing you have to know is about my father.”

Was there anything that was really off-limits?

It took a while to film with his son, probably partly because of the fact that it was a son not with his wife. I also think it was because he was a baby. From the moment his son was born, I felt it was something that it was important to get. I let it go for a year and then I started bringing it up again because, as I said to him, “I am trying to make a film about who you are, and it’s so clearly an important thing.”

Ai’s life is incredibly well documented: Twitter, online videos. Did you ever have the feeling that you were just one cog in a really big piece of documentary machinery?

I felt like a peephole into a really big show that was going on. So many people were working and volunteering for him. Journalists would come and then leave. After a while, I was the one constant that was not an employee. I felt that everyone was coming into my frame.