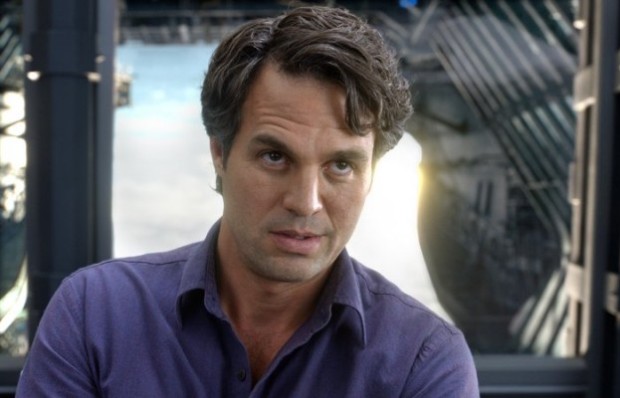 Mark Ruffalo’s reputation as a character actor (My Life Without Me, Shutter Island, Eternal Sunshine of the Spotless Mind) finally received a measure of confirmation when he was nominated in 2010 for his performance as best supporting actor in The Kids are All Right but even committed fans raised a collective eyebrow when he was given the role of The Hulk in The Avengers. But with a 97 percent Rotten Tomato approval rating even the actor is surprised by his own success.

How was it, playing the Hulk?

I was by myself a lot, with the Hulk, so it was a little lonely sometimes. But once I got used to being in the motion-capture suit, by myself, the challenge of it, creating everything with your imagination, was fun.

The other guys were reprising their roles. You were the new kid on the block. Was that liberating?

It was daunting. There’s a lot of baggage that came along with this part, some great actors that played it before me and gave fantastic performances. People loved them and the fans have very, very strong opinions about it and I’ve never been so poorly reviewed in a performance, even before I shot a single frame of film. Once I was there, under Joss’ guidance, and with Robert Downey who really made me feel welcome, I started to feel at home.

What’s next? Will there be another Hulk movie?

I’d love to do one. I think Marvel’s a little nervous about it because they’ve already done two of them. And it would be an expensive endeavor because of the motion capture. I’m hoping that the fan base surges, that I’ve won them over enough, because Marvel does really listen to the fans. I’d love to work with Robert again too. That’s a nice relationship.

But if there were to be another Hulk movie, I think the greatest conflict would be that Hulk didn’t want to turn into Banner, and that Banner wanted to control the Hulk.

What makes this character so interesting?

I read the comics as a kid but when I got cast, I went back to watching the Bill Bixby TV shows, which Joss and I talked about a lot. Watching the third episode, my 10-year old son turns to me and he’s like: “He’s so misunderstood.” And I remembered what I loved about the Hulk at that age. You have the force of nature streaming through your body but at the same time, everyone is telling you to behave yourself. That was a good way in: seeing his reaction and remembering what I loved about the Hulk. I see my kids turn into the Hulk sometimes. It’s terrifying. God forbid that that happens to an adult. But we all have that dichotomy in us. We all sit on those feelings. So when we somebody does that, like the Hulk, we’re all like: “YES!”

If you hadn’t played the Hulk, which other character would you have liked to play?

Black Widow! She’s awesome, man. When I read the script, I was like: who’s playing Loki? This is an amazing part. But who could top Tom Hiddleston. Nobody.

You’re allowed to squash him at the end.

That’s my son’s favourite part. I thought he was going to pee himself. He was so happy.

Who was your favourite childhood comic hero?

I really did like the Hulk. But as I got older I really got into Wolverine and X-Men and Dark Knight. But I watched The Incredible Hulk on TV when I was a kid. I always identified with the Hulk for some reason.

What part of your childhood memory of the Hulk did you bring to the role?

I understand what it is to go off in a rage. I was the definition of an angry young man in my early twenties, late teens and I definitely knew the feeling of wanting to suppress that and how much damage it can cause when you just let it rip.

The revelation about your character’s suicide attempts – was that something you brought to the table?

I met with Joss quite a bit whilst he was writing the script so I had a lot of input on that and I remember he floated that idea and I loved it. There’s something very tragic about Hulk. When he says: “I don’t always get what I want.” This feeling that he’s missed his life. Those are the kind of things that Joss was really interested in – and me too as an actor.

Joss is a great actor’s director. He talks a lot about backstory. He wanted him to have this world-weary, wry sense of humour about himself, that I really liked and I think is a little bit different to what we’ve seen in the past.

The Hulk was conceived in the 1960s. Is he a metaphor for the nuclear age?

I always look at him as nuclear grenade. That’s Banner’s conflict. It’s an enormous amount of power but it’s also incredibly destructive. It goes both ways. Where it’s trending now is that Banner will have some control. When he says: “I’m always angry,” he means that that nature is so innate that the more you try to negate it, the more it has control. So there’s this idea of acceptance and living beside it, coming to some kind of balance.

So Hulk’s going through an almost psychoanalytical process, managing his issues?

Yeah, it’s interesting that there’s so much psychology in this type of film. But these mythologies have been with us since language. We’ve been trying to work out our issues using these very simple mythologies: religion, saints, superheroes. People are so willing to go on these journeys. People would be a lot more critical if we’d made a World War II movie.