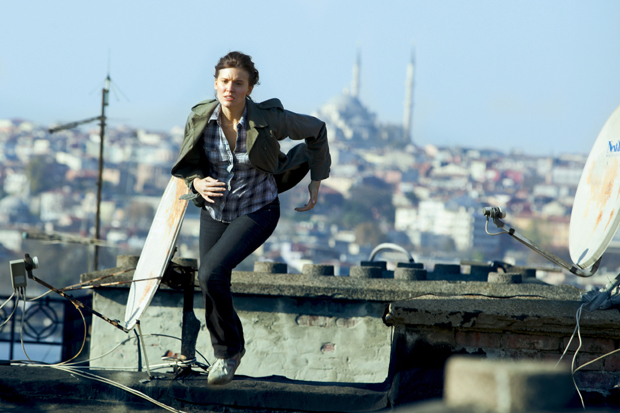 After two successful, hard-hitting action movies (Transporter 3, Columbiana), Olivier Megaton returns to Berlin screens this month with Taken 2, reviving his French-French collaboration with producer/writer Luc Besson. Fighting James Bond for favours in Turkey was just one of the problems he encountered.

Reading your bio, the question poses itself: what does a graffiti artist have in common with a film director?

I was from the suburbs. I experienced many things in Paris: the beginnings of punk and hip-hop. A guy founding a new production company came up to me and said: “I’m looking for a guy like you.” I thought he was doing a video clip, that maybe he wanted me to paint. But he told me: “I want you to write a story. The way you tell stories is incredible.” At this time, I didn’t even have a computer. So I wrote my first short movie on an old typewriter and we got money to make it. Then a first feature, and a second feature. I never wanted to be a director though. So, there is no relationship really. The only thing the two have in common, maybe, is the attitude: never stop. In French, we say pugnacité: always being focused on what you do.

You have that in common with your main character in the film. He never lets go.

That’s why Liam (Neeson) and I, we like each other. He has a strange and very particular life story. So we are very close and this character is very close to him too: his way of observing, his generosity. That’s the way he is in life. So we bonded in this movie, for sure.

For the fight scenes you had a special stunt-fighting trainer, Alain Figlarz, on set?

Yup. I’ve been working with this guy for 20 years: an ex-special-agent in the Israeli army. He brought a new kind of fighting to the industry. He did it in the first Bourne. It was the first time we saw something so realistic. These guys are fighting to the death. It’s not aesthetic. It’s not dancing. It’s very, very practical. My fear was not to hurt Liam. If anything had happened during this fight, I’d have been fucked up for a month.

Action movies appear to be your forté. Do you feel like broadening your horizons?

I’m not a millionaire but if I was, I would do a lot of different movies, and especially my movies. But the reality of the market is far different. It’s hard to find a good movie to do. At the moment, I’m writing an adaption of The Land of the Living. It sounds like action but it’s not an action movie at all. It’s a thriller. That’s what I’m close to. If I could, I’d go this way. But you can’t always choose. There are lots of directors and not so many interesting movies.

It was funny. I can say it, because I was so fucking upset. Turkey, you know, it has about 17 different borders. Believe me, they take care of everything. They have a huge army, a huge police force. They are everywhere. So, when we arrived with our weapons – for a film like that it’s a lot of weapons, 100 different weapons, imagine – they were blocked at customs for two months. This is the reality of making movies. Some of the people liked us, like the prime minister, he helped us so much. The mayor of Istanbul didn’t like us. The James Bond movie came after ours and he preferred to be close to the Bond movie because the Bond producer was closer to him. It’s like in life. Politics are everywhere!