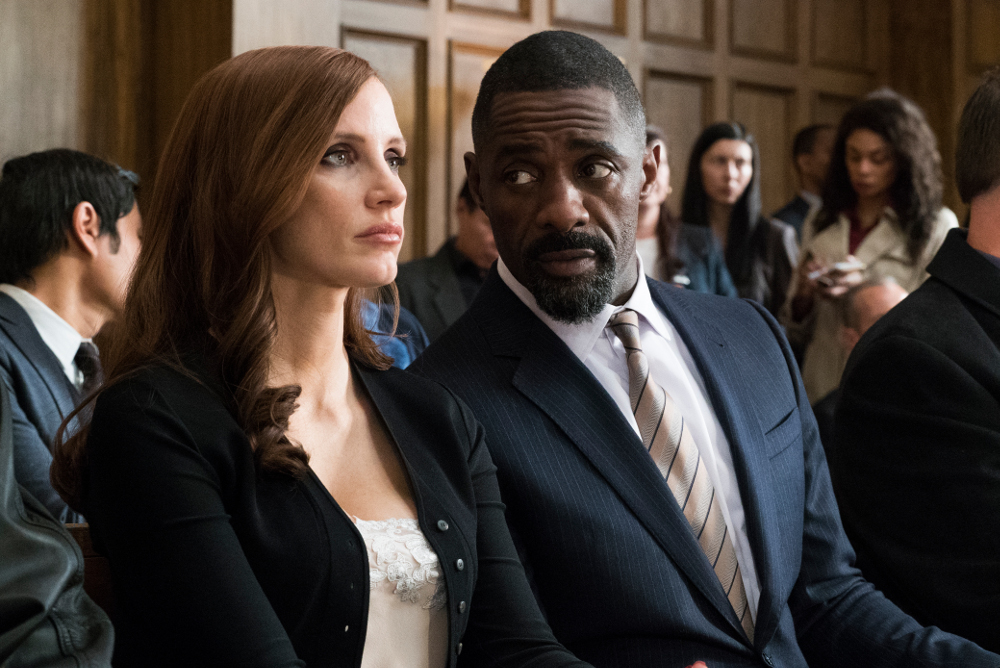 Molly’s Game, out in German cinemas this week (March 8), sees veteran screenwriter Aaron Sorkin take a seat in the director’s chair for the first time in his enviable, decades-spanning career. The film tells the stranger-than-fiction true story of Molly Bloom, a one-time competitive skier who found herself running high-stakes poker games for Hollywood A-listers and other ostentatiously wealthy individuals throughout the late noughties. She was subsequently arrested in 2013 for her role in a $100 million illegal gambling and money laundering operation. Jessica Chastain delivers a predictably compelling turn as Bloom, while Idris Elba ends a recent streak of duds as her lawyer Charlie Jaffey. I caught up with Sorkin to learn why he felt the need to seize total authorial control of this particular story.

Molly’s Game sees you return once again to the courtroom.

I’ve always loved courtrooms as a writer, for a few pragmatic reasons. The stakes are clear, the intention and the obstacles are clear. You have a jury as a stand-in for the audience, which makes exposition easy to handle. But I also come from a family of lawyers, and sitting at the dinner table when I was young, I loved it when someone would turn a conversation on its head by asking “OK, but have you thought of it this way?” You often have the opportunity to do that in a courtroom drama.

Fans of your signature rapid-fire dialogue will find plenty to enjoy here, but the script also sees you using voiceover for the first time.

That’s because there are two stories I’m telling in the film, which are married to each other. One is in the past, showing how she became the biggest game-runner in the world. The other is in the present, showing her trying to stay out of jail. The one in the past is her story to tell, not mine as a filmmaker. It’s as if she’s been invited to give a lecture in a college, and she has a screen behind her she can use to illustrate her presentation. My experience of the real Molly was that, once she becomes comfortable with you, she can be very entertaining to listen to. She’s very bright, she has a unique sense of humour. After spending some time with her, I discovered that she was a`real-life movie heroine, and that the memoir she wrote was just the tip of the iceberg. There was a much bigger, deeper, more emotional, more personal story there that I wanted to tell.

Why did it take so long for you to try your hand at directing?

When I write something, I always want the best director for the job. I’ve been lucky enough to work with really great directors. In this case, the producers suggested to me that I might be the best director. I was aware that with this story, there was a natural gravitational pull towards the shiny objects – the money, the decadence, the glamour – and I thought it would be very easy to allow these elements to overshadow the story I wanted to tell, which was that of a heroine emerging from a very unlikely place. And so, because I had such a clear idea of that, I wanted to see it all the way through to the screen.

Bloom refused to expose many of her players and associates, even when it would have benefited her in court. Is this why you see her as a heroine?

That’s a big part of it. I find that today, at least in the US, things like integrity, character and privacy aren’t held in very high regard anymore. An easy way to get your name in the paper is to tell on someone else. I’m not talking about telling on people who need to be told on for the safety of others, I’m talking about airing dirty laundry and gossip. I think that the anonymity of social media, the cheapness of that form of communication, has hastened along a destruction of things like character and integrity. But they didn’t for Molly. Perhaps it takes being left with nothing else – if all that’s left is the fall, the way you fall matters. That’s the conclusion she comes to.

This woman had a gold-plated future in front of her. She was going to go to the very best law school, with an Olympic medal around her neck, she was going to start a foundation that supports entrepreneurial women – none of these were pie in the sky ideas, she was going to do whatever she wanted to. Cut to 12 years later, and she has two things on her resume – she ran underground poker games and she pleaded guilty in federal court. Her life had changed completely, her future was looking bleak, she was deep in debt to the government. And the fact that she refused to take the easy way out of that is very moving to me. I also wanted to dramatise the personal trip that I took with her. When I went to my first meeting with her, I thought I was going to be meeting someone who was just cashing in on her decade-long brush with celebrity. But it was clear to me almost straight away that she was not who I thought she was in my narrow mind, that she was not who the tabloids had made her out to be.

This idea of a media mob mentality having negative consequences might be considered contentious at the moment, particularly given the nature of the #MeToo campaign.

Well I do worry about innocent people being caught up in the enthusiasm of a mob. It’s something that I think we should all keep an eye on. In Hollywood we have this Biblical flood of people we know have behaved very badly, on a spectrum that ranges from boorish and rude behaviour to rape. But one shouldn’t be thought of as taking that lightly if they are also concerned about innocent people getting caught up in that. All the victims, or alleged victims, should absolutely be heard. But so should the people who are being accused.

Where do you stand on the idea that you need to be channeling a certain amount of personal anguish to be a great writer?

I’m only able to write when I’m in a good mood. If anything’s going wrong for me personally, I’m done for the day. When I was writing The West Wing, if my then-wife and I had any sort of argument in the morning, I’d have to patch things up with her before I could get anything done. I used to think “I come from a white, upper middle-class, suburban background, I come from a normal, functional family – this is a terrible recipe for good writing!” Well first of all it turned out I was wrong about coming from a normal family! But mostly what I was wrong about was that you don’t need to have the kind of pain that Eugene O’Neill had in order to be able to write.

How about the notion that you need a huge ego to succeed in this field?

Well here I’ve written a two-hour movie. Imagine having the confidence to go to a dinner party and declare that you’re going to be the only one who talks for two hours. I’m going to tell you a story, it’s just me talking, and at the end of those two hours, you’re going to be happy that I was the only one talking. You might even want to go through it again. That takes quite an ego! But while I believe that I can entertain those dinner party guests for two hours, I also live and die with whether or not I was successful at doing it. If I’m not writing, or I’m not writing well, I feel terrible. That’s just my nature, so I try to use it as motivation!