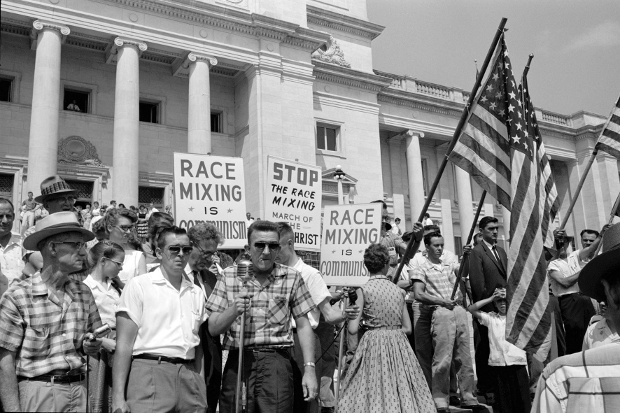 Weeks after the release of his handsome biopic The Young Karl Marx, Raoul Peck returns with the rapturously received documentary I Am Not Your Negro.

Narrated by Samuel L. Jackson, Peck’s Oscar-nominated documentary is based on the unpublished works of the late writer and social activist James Baldwin. It hits German screens on March 30.

I Am Not Your Negro has been a decade in the making. What made you decide to focus on James Baldwin?

Baldwin has been important to me throughout my life. I read him very early on, and he shaped the man I am today. He helped me understand the world, as did Marx later. Those are the two feet on which I stand, intellectually. So when I decided about 10 years ago to go back to Baldwin, it was because I felt that his strong voice was needed. I’ve lived in many places over the years and I felt something was happening throughout the US and Europe, in France, in Haiti: that confusion, that ignorance, that low-level discussion. As a professor, I work a lot with young people, so I know the confusion. I thought I could maybe bring that voice to the present generation, which is fed by so much junk knowledge and junk entertainment.

Do you feel like the current generation needs saving?

This generation has been given no opportunity to discover figures like Baldwin. In my time, we had mentors, friends and colleagues who would recommend a book and there was a permanent sense of going further, of learning more. Nowadays, you click for knowledge, but that doesn’t go very deep.

How difficult was it acquiring the rights to Baldwin’s works, specifically his unfinished novel Remember This House?

Usually you request the rights for a book or article and you get an option for a year, which you have to keep renewing. In my case, I met Gloria Karefa-Smart, James Baldwin’s younger sister, and I explained to her that I wanted to make the ultimate Baldwin film and that we urgently need him. She agreed and trusted my approach, and I knew I had to come up with a film that was on the level of the trust and access she had given me. Once I had all these notes telling me what the author was planning to do, telling me he wanted the lives of Medgar Evers, Malcolm X and MLK to “bang up against each other”, that was the entry point. It took me four years, playing around with screenplay ideas, seeing if a fictional approach was possible. Finally, I went back to the documentary format because I knew that I could control it, finance it and produce it, and that I could take my time.

In popular imagery, Malcolm X and MLK are seen as enemies of each other, an image which the film rectifies somewhat…

Exactly! Both men were at odds with each other but that was only at one moment. Towards the end, they became closer. Once I had this mysterious book that doesn’t exist, from then on, I knew I could incorporate all the other great stuff from Baldwin: the film criticism, and parts of his biography as well.

Did you feel while making the film that it was becoming more timely, considering current events in the US?

Yes, but don’t forget that I came to cinema because of my political engagement, so it’s always about what I feel around me. Baldwin wrote “History is not the past. It is the present. We carry our history with us and we are our history.” The film feels timely because when you write something that is fundamental, it is always true. It’s like philosophers, which is why I tell people: you don’t read Baldwin, you study Baldwin. He put us in the middle of it and that’s why when you see the film, you can’t be innocent anymore. You can’t say you didn’t know or that you don’t understand.

You managed to slip in some footage of Trump at one point.

Yes, but I make films that I hope will survive and that it will be as strong in 50 years as it is now. You make sure that you don’t include anything that will date the film, and even when I use images of Hilary Clinton, Donald Trump… I had to find an artistic way to make it a creation and not just news. I’m not a journalist.

The tone of the film never feels aggressive or hectoring. How did you go about achieving this?

By being humble to my subject, because Baldwin is the boss. I’m just trying to be the best messenger possible. I have to respect his words and try to understand them. I just try to put the mirror in front of people. It’s all about trying to say the hardest truth to somebody without antagonising them, connecting with people and Baldwin as a human being, without judgement.

One of many the joys of I Am Not Your Negro is your use of film footage and extracts.

That’s about my love and hate of Hollywood cinema, because Hollywood cinema shaped me too. But it didn’t offer a room for me as a human being. It’s a strange relationship: to use cinema against itself. Essentially, I’m using its own tools to beat it up.

You also use one of Hollywood’s biggest players. What made you choose Samuel L. Jackson to narrate the film?

Three principle reasons. I needed a famous person, in order to put a light on the film, but also a great actor. And the third thing was that I needed somebody who in reality has street credibility. Each time I heard Sam speak up for himself, it made sense. He always said what he thought. A lot of Hollywood guys, black or white, don’t want to antagonise the system. Sam says things clearly. He was the top of the list and he said yes.

The choice could have seemed gimmicky, since he’s such a ubiquitous actor, but here he’s borderline unrecognisable…

A lot of people have reacted like you. Even people who know him well, they see the name at the end and are shocked. People tend to forget that Sam started in the theatre. The voice is an important device but in order for it to work, it needs to become a character. That’s why when people refer to the voiceover and narrator in my films, I say “I’ve never used voiceovers: it’s a character.” Here, he is the voice of Baldwin. He’s the one speaking to us, and what I told Sam was “Don’t tell me any sentence without feeling it”. Once a great actor has that, anything that comes out of his mouth is in character. So the pain, the joy, the fear… Everything is real, especially the silence.

You mention silence, but in the film there’s also a lot of music: from jazz, blues, Nat King Cole to that Kendrick Lamar song playing over the end credits…

We tried several things with the music track until it was right. We worked on the music in the same way we worked on the archives and the image. I can say it’s the only film where I went as far as was necessary and possible on every level, and music was one of them. As for Kendrick, he was supposed to compose that closing song and because he’s always on tour, he couldn’t meet the deadline. My plan B was to use that song [the end credits are set to “The Blacker the Berry”], because it was exactly the example I gave him for what I needed. Kendrick Lamar says the same things as James Baldwin but in a different way. It shows that things are going around in a circle…

Your film has been has been nominated for multiple awards, including an Oscar. Do you feel disillusioned by Hollywood’s diversity issues, as evidenced by last year’s #OscarsSoWhite, or are you optimistic?

I keep a cool stance. It’s not about me and I know for sure that Hollywood is a system with its own rules. The real problem is not about the Academy changing the rules. They did their job, and now there are more and more minorities inside the Academy, but you can only award films that are made. How can you change things if you don’t change the structure which produces films? Who gives the green light? That’s where we need to attack, and those words need to come out.

I Am Not Your Negro opens in Berlin cinemas on March 30. Check our OV search engine for showtimes.