Who’ll take home the coveted queer film award this year? Here’s a look at some of the Berlinale’s LGBTQ gems. 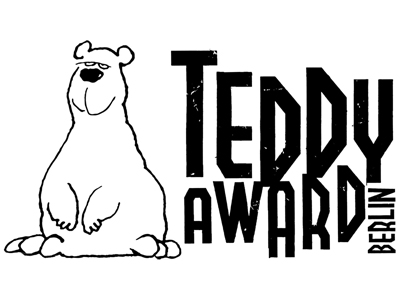 Thirty-one years after the Teddy Award was founded, queer film has gone from festival anomaly to standard fare, and the geographical span of this year’s contenders and jury members – from Berlin to Taiwan, Turkey to Uganda – proves the field is broader than ever. The best feature, documentary and short films will be outed on February 17 at Haus der Berliner Festspiele, with special honours going to Monika Treut, director of 1985’s Seduction:The Cruel Woman, an excellent cult lesbian take on Venus in Furs. But what to see this year? As you might expect, Teddy co-founder Wieland Speck’s Panorama section delivers the lion’s share of films.

Starting with a nod to the first-ever Teddy winner, Gus Van Sant disciple Travis Mathews’ Discreet (P) switches gears from his meta-study on cinema Interior. Leather Bar., attempting something altogether Lynchian in a non-linear narrative on pedophilia and sexual abuse in rural America. It’s failing rural England that takes centre stage in Francis Lee’s God’s Own Country (P), a tale of a macho Englishman and a Romanian immigrant who form a romantic relationship while working on a farm. Refreshingly, it’s not the country dwellers who are the brutes, but the Englishman. The sex scenes work incredibly well, too.

Is there something there for Berliners? Natürlich. Experimental filmmaker Shu Lea Cheang sets out to make a sci-fi political statement on AIDS with the Liquid Sky- and Decoder-influenced Fluidø (P). A weird, smart and absolutely unconventional film about the reclamation of ejaculate, it stars almost every face on the Berlin queer scene today without once actually naming Berlin.

Besides The Misandrists, part-time Berliner Bruce LaBruce has another film in the running: Ulrike’s Brain (Forum Expanded). And here’s a fun secret: it ties in with The Misandrists plot-wise. But really, see it as an absolutely bonkers take on left-right extreme politics as two figures race to bring their heroes back to life using science and Satanic ritual: the RAF’s Ulrike Meinhof and infamous gay neo-Nazi Michael Kühnen.

Asian cinema has a stake in the Teddys this year starting with Small Talk from Hui-chen Huang (P). Huang’s constructed dialogue with her emotionally distant live-in lesbian mother may not be for everyone, but those interested in Taiwanese sexual attitudes and essay films will delight. In the end though, our gay dollar is on Naoko Ogigami’s Japanese transgender family tale Close-Knit (P) to take home the best feature Teddy for its simplicity and emotional depth. No matter who wins, though, if you’re keen on some fabulous LGBTQ cinema, the Berlinale’s not lacking. And thankfully never will be.