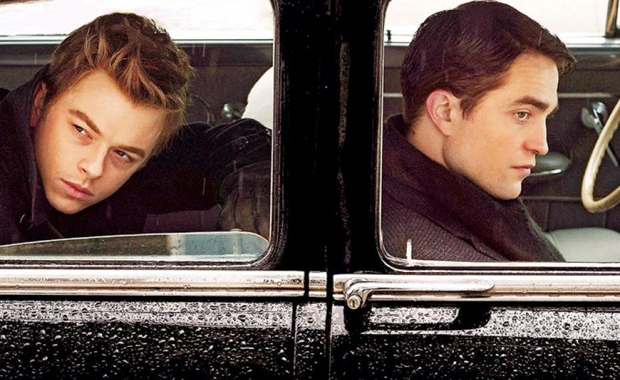 James Dean was an icon of a generation. And the story of that young actor who starred in Rebel Without a Cause and East of Eden before dying tragically in a car crash at the age of 24 makes for an intriguing if sad tale, one that has been endlessly documented and retold in both film and written form. But in the film Life, directed by Berlin-based director Anton Corbijn, the obvious story of James Dean is turned on its head. Rather than the life and death of Dean, it’s the ambitions of a young photographer hoping to to document James Dean’s rising profile that Life takes as its subject matter.

In Life James Dean is still a largely unknown actor who is on the cusp of fame, with the two films that made him famous on the verge of coming out. Photographer Dennis Stock (played by Robert Pattinson), senses James Dean’s (Dane DeHaan) rising star and seeing the opportunity for his own photography career, is determined to pin down the rebellious, and press-shy Dean for a photo-shoot. While Dean agrees in principle, actually pinning him down for a shoot proves anything but straightforward. Based on the true story behind the LIFE Magazine photos of James Dean which would cement the young actor’s reputation as an icon, and become some of the most celebrated photos of the last century, Life explores the tension between photographer and subject, fame and authenticity, and what it means to be an artist.

Before taking on this role, did James Dean mean anything to you personally?

I certainly went through a period where I was really into him. I’d watch all of his old interviews and stuff. I remember when I first started acting, I’d really look at a lot of his body language on camera, and I remember being really into him then. Even if you don’t appreciate him as an actor, it’s astonishing especially given it was 1955, how ahead of his time he was in terms of camera technique and style.

Given your fascination with him, were you tempted at all to play the James Dean character in this movie?

No, not really. It’s just not who I am at all. I always related more to being kind of someone who’s getting in his own way all the time, which is very much like Dennis Stock. His battle is only with himself, and that’s something I can understand.

Well Dennis is trying to be an artist but really he has this enormous fear of not being as good of an artist as he thinks he is, and so he’ll blame it on anything else – like having a kid, or having to be in LA, any excuse he can point to. And he does this because he has this huge fear. It’s basically the fear of not being the person who you imagine yourself to be. And that fear is debilitating to him, and it stops him from doing anything all.

And you have the same feeling?

I sort of go in and out of it…

Why? Is it because your fame was too big, and so the expectations on you were too high? Where does this come from?

I think a lot of actors just sort of fall into the job, or end up doing it, and feel like they’re going to get found out as a fraud at some point. I think loads of people feel like that. But I think what I see as the parallel between an acting career and a photography career is that both of them are almost entirely dependent on the material at hand. Dennis Stock took photos of famous people – really talented people, who are incredibly interesting and charismatic, and those are his famous photographs. In fact Dennis Stock, afterwards was resentful that that’s what he was known for. And as an actor, you want to be an artist, but you’re so dependent on everybody else. Even if you’re great in something, there are only a few actors who the audience acknowledges that they were the reason something was good. So as both as an actor and a photographer, it’s hard to claim credit I think.

But you must be able to identify with some of things that James Dean went through as well, in that people expect so much from you, and that so many things are written about you…

Robert Pattinson: I mean I’ve never really acknowledged people’s expectations at all. The thing with James Dean in this film, which is the same reason I think a lot of actors get disillusioned, is that he’s saying “I thought it was going to be one way, and it’s something else”. But I never thought anything was going to be an particular way at all. And so, in the good times and the bad times, they’re all just new experiences, and it’s not like I can’t really be disillusioned with anything because I didn’t have any expectations in the first place.

Have you ever thought about not attending one of your own film premieres like James Dean does in the movie?

I think these days you’d literally just get sued for that. Maybe you could. But I don’t even think you’re allowed to be like that anymore. Like if you do that now, you just don’t get employed at all. But doing press doesn’t really bother me. You want people to see the movie, especially when people like it.

Could a story like the relationship between James Dean and his photographer Dennis Stock be possible today? Where a photographer approaches a young aspiring actor, and they become friends?

I think definitely. It happens quite a lot I think. But I think it only works until you get to a certain level of fame. I remember when I did the first Twilight, before it came out there were a couple of journalists who I got on with.  They wrote good profiles on me and they kind of championed me for the first year or so. But then, after a while I think if you do too many interviews, people aren’t interested in the nuance of what you’re saying anymore – because you’ve just said too much and you end repeating yourself. And so editors are suddenly telling their reporters, “Get him to say either something that makes him sound like an idiot, or something controversial.” And at that point you can’t really be that close with journalists, when you see them needing you to say something bad, simply for their own job. Also it’s a dangerous position to be in if you’re courting it. Especially if you’re courting photographers. I know actors who have made deals with the paparazzi, and it always backfires. Always.

Were Dennis Stock and James Dean friends? Or was it strictly a professional relationship?

I mean they must have been kind of friends. You can see it in the photos of them together that the vibe isn’t just professional. But it’s not like they were best friends either. And if you look at interview with Dennis Stock, he’s a total asshole. I mean that’s why I liked the role. And he’s so envious of Dean. They’re both insisting that they’re the artists in this dynamic. Dennis is saying, “I’m the artist, you’re just the subject of my photographs,” and Dean is like “No, I’m the artist, and you’re just a photographer!”

And why did you love that tension?

Because I think people feel like that a lot. Especially when you’re trying to be an artist, as soon as you let competitiveness get into it, which is so easy to do, it completely ruins things. It ruins the creative energy. And that’s why I liked the role when I first signed up for it. It’s interesting playing a part where you’re envious as an artist.