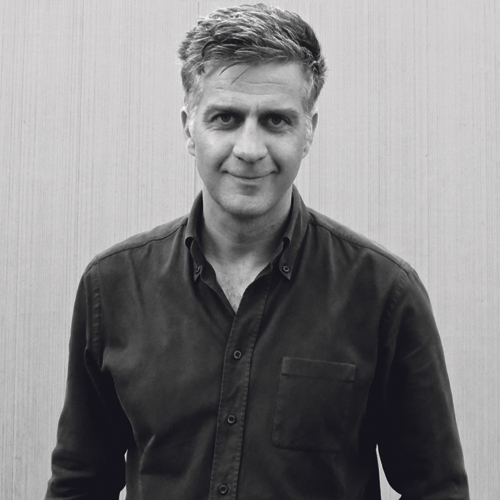 What drew you back to Ricardo Villalobos, given that you’ve already made a feature-length film, 2009’s Villalobos, about him?

He’s both a very interesting artist and a very unusual person. It’s always fascinating to hear him talk and to follow his ideas, even if you don’t agree with him. And I didn’t realise when we started the project, but it had been eight or nine years since our last film, and that’s an eternity in electronic music. It’s like the life of a dog!

Do you consider yourself part of the club scene, or are you more of an impartial observer?

Eight or nine years is an eternity in electronic music.

I’ve followed this scene since my first night at Tresor in 1991. I was editing a film here in Berlin, and experiencing this club for the first time just blew me away. But it’s not like I only listen to techno or go out every weekend!

You dispense with documentary conventions like interstitials, and don’t even explicitly identify your protagonists – what’s the thought behind this?

People who know the DJs will have a certain perspective, but the film is also for people who aren’t into this scene at all, and I want this group to be drawn in by the language of the film. If it’s compelling as a cinematographic narration, an interest in the subject can follow. In terms of not naming contributors and so on – those are conventions from TV, and this is a piece of cinema. Of course, many documentary films have adopted these conventions, because it’s more convenient for everyone, but I think that what a person says is much more important than who happens to be saying it. And my goal was to make an engaging film that isn’t doing what most other music documentaries are doing.

The way you shoot DJ sets is also unconventional.

If you’re filming music with one camera, you have to find what I call the “magic moment” – the right combination of light, music, perspective and so on. It doesn’t always work, of course, because there are so many variables. But if you get it right, you can understand the work of the artist, and how it is being conveyed to the audience. If you show music and you’re cutting between cameras all the time – which is how most people do it, because they think this other way is boring – then you’re maybe depicting an overall image of something, but not the essence of it. Ricardo became famous because he plays 20-minute tracks, which allow people to fall into the music. It’s a rejection of the three-minute pop song, and more like a transcendental experience.

Were you influenced by any other music documentaries?

Not really! It’s striking how few interesting music films there are, especially in Germany. But a key influence is [Godfrey Reggio’s] Koyaanisqatsi. So much of the film is set to a musical score, and the interplay between this and the imagery is so fascinating. Another important film for me is Godard’s Sympathy for the Devil – the way he shot the Rolling Stones, particularly in the studio, was fantastic, with these moments of repetition, and scenes of them trying the same song over and over.

Denk ich an Deutschland in der Nacht hits Berlin cinemas on May 11. Check our OV search engine for showtimes.