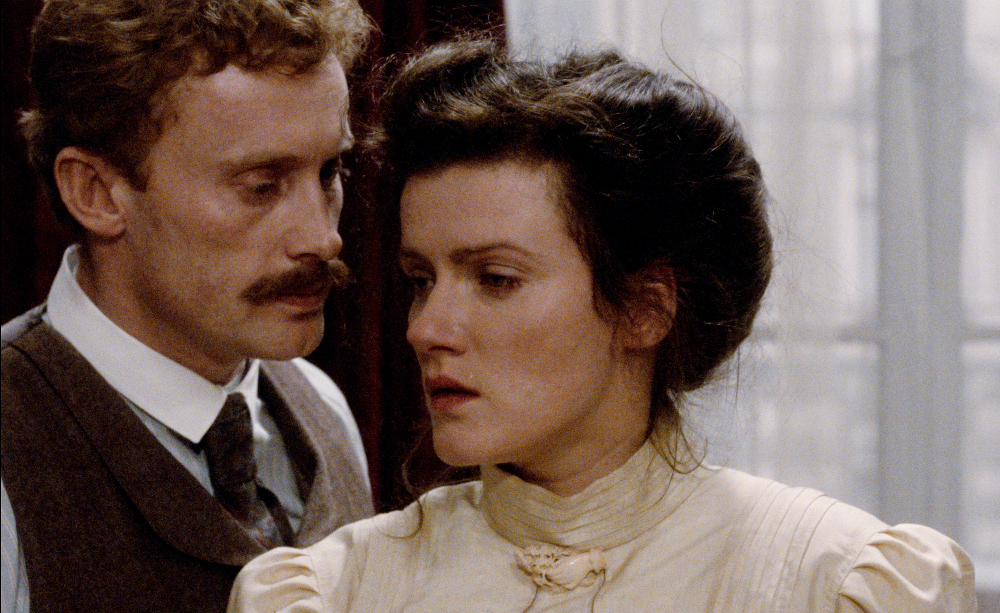 Barbara Sukowa’s portrayal of Luxemburg in Margarethe von Trotta’s West German biopic has become as iconic as the red revolutionary herself. Why didn’t the GDR make its own film about the communist poster-child? Rainer Werner Fassbinder was the one to have originally envisioned a film on Rosa Luxemburg. As later recounted by producer Hanns Eckelkamp, he’d worked on a script and wanted Jane Fonda for the main role. Legend even has it that when the West German director suddenly died of a drug overdose in 1982, the finished script was found open on his body. Fassbinder’s producer would have then turned to Margarethe von Trotta, one of the filmmaker’s favourite actresses and a director known for her female-focused features, and said: “now you have to do the Luxemburg film.” When offered the job, the 40-something West German knew next to nothing about the revolutionary icon. Luxemburg was associated with East Germany’s communist regime. Not the kind of role model young Wessi girls identified with at school. So Von Trotta got in touch with Luxemburg’s official biographer, GDR historian Anneliese Laschitza. She even gained permission to travel to East Berlin, where Laschitza was preparing Luxemburg’s letters for publication. The women ended up spending four weeks together in Paris, where they wrote the script for Die Geduld der Rosa Luxemburg, or, Rosa Luxemburg, as it is known in English (photo). Released in 1986, the film remains to this date the one and only Rosa biopic for cinema, Barbara Sukowa’s portrayal of Luxemburg its quintessential film incarnation. It won the 1986 Best German Film award, and Sukowa received the Palm for Best Actress at Cannes. And it was not only praised in the West: although not officially released in East Germany, it played to a full house at the iconic East Berlin Kosmos Kino and at the Akademie der Künste. It even received the GDR’s Kritikerpreis in 1987. Evidently, the East Germans wanted to see their revered martyr on the big screen, even if she was portrayed by the Wessis. So where was red Rosa hiding before then? Too hot to be handled Luxemburg’s (non)-representation in East German cinema is a consequence of the tricky legacy she left behind. On the one hand she was at the forefront of the communist propaganda: a square and an U-Bahn station in Berlin were (and still are) named after her, and she was the most visually depicted woman in GDR textbooks. But due to her anti-Bolshevik and anti-Leninist stance, her fully-rounded personality was curated and carefully edited by East German censors. For example, the 1951 edition of her work, Selected Speeches and Writings, removed her most controversial essay “The Russian Revolution” due to its criticisms of the Bolshevik movement. Unsurprisingly, she was a highly suspicious topic for a film business entirely subjected to the Soviet canon. This explains why Luxemburg would never be given a biopic, only appearing in brief, enigmatic snatches, more icon than human, in films mostly dedicated to her historical male counterparts. Patriarchal screen time During the GDR, film was a political affair, subjected to the state-owned film production Deutsche Film-Aktiengesellschaft (DEFA), with a Babelsberg-based film studio that formed in the wake of World War II. Historical biopics played a huge part in edifying and educating East German citizens, and would be played in both schools and factories. Luxemburg appears in two of these – in the first half of Ernst Thälmann’s biopic Sohn seiner Klasse (1954) and in the two films about Karl Liebknecht, Solange Leben in mir ist (1965) and Trotz alledem (1972). Each time she is reduced to a supporting character, making her seem ancillary to the revolution rather than one of its key instigators.

“During the GDR the focus was on Karl Liebknecht. They wanted to have him as a classic hero, so Rosa Luxemburg was put aside.”