British director Sally Potter on the benefits of brevity and why her latest film, The Party, isn’t about Brexit.

The Party clocks in at a brief 71 minutes. Does that even qualify as feature-length?

We looked it up: the legal minimum to be considered a feature length is 70 minutes! Most films are far, far too long. I definitely wanted to make people feel that their time had not been wasted! [Laughs] It’s an ecological principle, really. The ecology of our lives is filled with the too-muchness of stuff and trivial information. So to make something that’s condensed, in which people feel they can focus because they’re not going to be dragged through some unnecessary bit… That austerity was absolutely deliberate. I also wanted it to be fast, furious and funny.

You shot on a stage: was that a preference or would you rather have done it on location, like all your previous films?

At first, I thought we should do it in a real location. But Carlos Conti, the designer with whom I’ve worked on many films, and I soon realised that in order to shoot in two weeks, we would have to do it in a studio. So then the next task was, how can we not make it feel like a studio? We thought a lot about the interlocking spaces and the choreography of the camera and the actors… We mapped it all out in 3D, paced out the spaces and made models.

Between the spatial confinement and the two-week shoot, it feels like you were setting yourself a challenge. How did you work with these restrictions?

Well, this comes back to the ecological thing… I asked myself: What is the simplest and least wasteful way to get the best people together for the shortest period of time? My method there was to work with each actor individually several months before the shoot. Then I brought them all together and everyone was ready. What’s interesting in doing a story in one place and in real time is that there’s an emotional compression. How can you take seven people from one place to a completely different place, seven parallel arcs of change, within a short period of time? That was my roll-up-the-sleeves moment, to figure that out. I wanted a definitively ensemble piece, with each character having equal but different importance. My hope was that it would create a feeling that was: we are neither good nor bad. We are all, at different points, identifiable with. A man with a terminal diagnosis can be a cheating bastard, a cocaine-snorting banker with a gun can be a vulnerable, weeping sweetheart, and so on.

The film opens with a professional success for a female character. It feels like a statement of intent…

It’s a bittersweet moment of happiness for this character, played by Kristin Scott Thomas, who gets promoted within her party. I think that one of the problems that women continue to have is that their professional success comes at a personal cost – they begin to feel like a failure as a human being, as a woman, for being successful. And that’s what they’re accused of. It’s not just a personal feeling.

Are you optimistic that things will change for the better for female directors?

Hard to say. Over the years I’ve been asked what it’s like to be a female director, so many times… and every time I think, “Ooh, am I a female director? Oh yes, I suppose I am!” I know that my fees have been much less than half of my male contemporaries’, but you know what? I don’t give a shit. The only thing I care about is making something I believe in, with people that I love, and that has some real function and gives pleasure. In that sense, I’m very lucky. I have nothing to complain about, but it would be foolish to say that there haven’t been costs.

You mentioned wanting the film to be funny, but the film shows how leftist liberals have lost their way and the diagnosis feels rather bleak.

That’s true. It’s a loving look at the gap between good political and personal intention, and then what we actually achieve and do. In that gap is where self-delusion sits. It’s a wonderful area to explore dramatically, because it’s the place where people say one thing but think or feel another.

Absolutely. For anything to do with Englishness, the area of repression and hypocrisy is a very rich area to explore! And at this moment, for the left or liberation movements, if we don’t rigorously look at where we’ve gone wrong and where we haven’t spoken our truth bravely, we’re going to fail. That’s why I’d say that The Party is a loving look at failure, at a broken England.

The Brexit referendum happened during your two-week shoot. Did you ever think of tweaking or rewriting the script to make The Party feel more openly topical?

It did, and I did think about it on the day, but this was day 10 of the shoot so there wasn’t much time left! [Laughs] But, listen. I’ve had a tendency in the past to try and stuff everything into every film. Capitalism. God. Atheism. Hell. Women. Men. And that’s partly, I think, because when you’ve only made eight feature films and you know there’s going to be a big long gap between each one, you really want to put everything you’re thinking about in. Some of that serves the interest of complexity, but other times it just gets overstuffed. You can’t do everything with one film, especially not when it’s 71 minutes long. I think The Party deals with enough already.

How did you deal with Brexit off-set?

Well, there were tears. I went around hugging people a lot. And I think what it did do was sharpen everybody’s feelings about what they were doing with this film as a kind of allegory, because The Party isn’t a complete political statement: it’s a compassionate look about individualism and how the characters are grappling with the politics of their lives, of their relationships, as much as with the political system out there. The day Brexit happened, the actors started saying to me: “Oh, we’re making a really political film…” 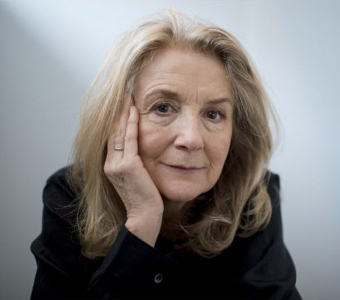 Born in London in 1949, Sally Potter is Britain’s foremost female filmmaker, with a career spanning four decades and myriad genres from experimental shorts to mainstream features, including the award-winning Orlando (1992), The Man Who Cried (2000) and Ginger & Rosa (2012). The Party premiered at this year’s Berlinale and features a hit cast including Kristen Scott Thomas (photo, top) and Timothy Spall.