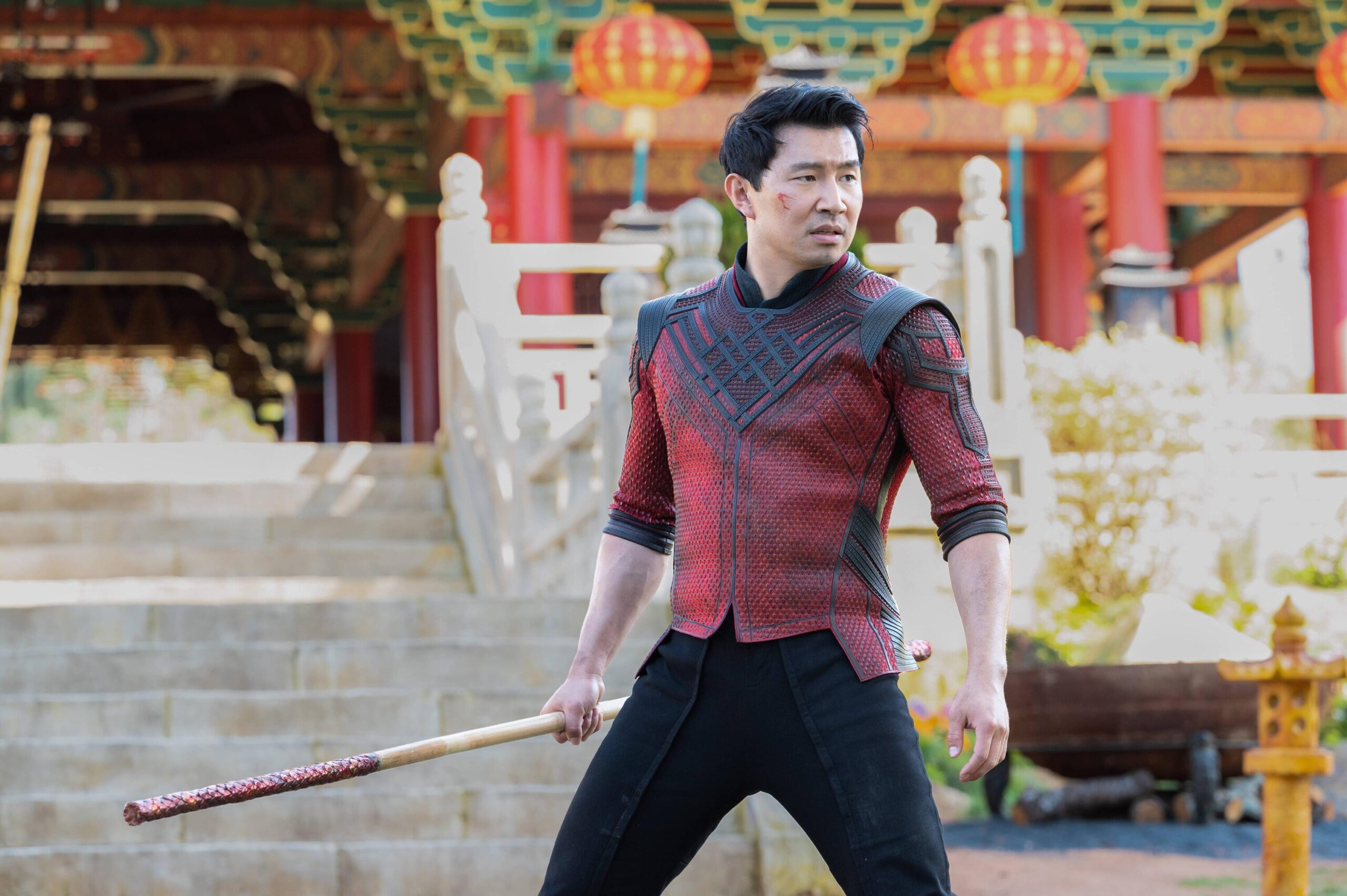 Marvel’s Phase Four finally gets off to a promising start, following the middling efforts of Black Widow. This 25th instalment isn’t without its faults, but remains a blast.

Following the middling Black Widow and a sense that Marvel fatigue might be creeping in slowly but surely, the latest chapter in the never-ending MCU actually tries something different and, for the most part, succeeds. Not only is this 25th instalment their first Asian-led superhero film, but also a supremely entertaining blockbuster.

Shang-Chi And The Legend Of The Ten Rings follows “Shaun” (Simu Liu) as he lives the slacker life in San Francisco with his closest friend Katy (Awkwafina). This carefree lifestyle is quickly ruptured when his dark past comes back to confront him, in the shape of public transport assassins. The bus-based bust-up leads him and Katy to fly to Macau, where his crime lord pops Wenwu (Tony Leung), his mystical weapons, and his organisation, The Ten Rings, are waiting.

As is often the case in the MCU, the first act is the strongest, and Shang-Chi is no exception: the broadly self-contained origin story starts off very strong but once the prolonged flashbacks come thick and fast, you realise that the main issue here will be the film’s backstory obsession, which leads to some clunky pacing. There’s also little doubt that you can see the cogs turning: the references are obvious (Crouching Tiger, Hidden Dragon and Dragon Ball Z both spring to mind) and the narrative once again centres around the same old self-doubting-gifted-child-with-the-prerequisite-daddy-issues arc we’ve seen countless times before. And yes, it’s not a spoiler to say that Shang-Chi falls prey to Marvel’s unquenchable enthusiasm for capping things off with a CGI-heavy third act featuring big portal.

Those gripes now addressed, there’s simply no denying that the positives firmly outweigh the flaws, and that this is all damn good fun: the fight sequences are terrific (kinetically choreographed by Andy Cheng and the late Brad Allan and, crucially, not undercut by frenetic edits but bolstered by excellent camerawork), the jokes land (thanks in large part to the talents of Awkwafina), and the overall feel of a mystical folk tale works wonders. More than any Marvel film so far, this feels like an epic fantasy adventure film that doesn’t try to co-opt a culture to incorporate it into a Western superhero film; Shang-Chi is a forward step on Marvel’s behalf for wider representation and is a part of the studio’s formula, but it celebrates Asian culture without the cheap racial clichés.

And while many will roll their eyes, there is a very human drama at the heart of this that works: the script, written by Dave Callaham, Andrew Lanham and director Destin Daniel Cretton, may feature some of the old-hat parental issues we’ve come to expect from our comic book heroes, but it handles these beats with more nuance and makes Shang-Chi about grief. The antagonist is driven by his inability to move on – something we are told early on is a Western concept – and he feels like a solid cut above the cookie-cutter Marvel villain. Granted, it obviously helps that the antagonist in question is played by Tony-Bloody-Leung, but by making him more than a one-dimensional baddie, the film’s themes register in a much more heartfelt way.

“The Ten Rings are stronger than anything in your universe”, our hero is ominously told. On the basis of the amount of fun you’ll have watching it, we’re not completely disagreeing: this one’s definitely top-tier within the Marvel Cinematic Universe, and finally a promising start for Phase 4.