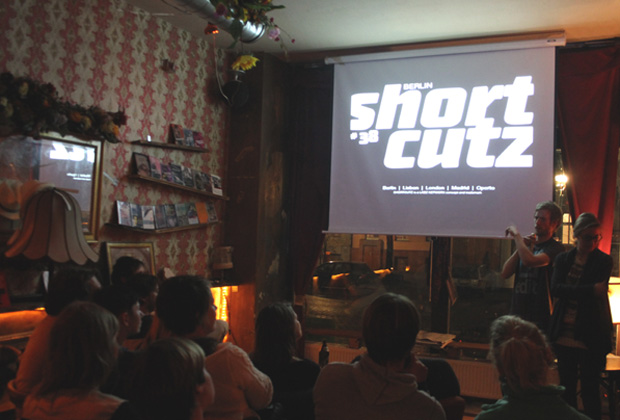 Created in Lisbon in 2010, Shortcutz aims to gather, promote and show short films in various cities with teams currently in place in Lisbon, Porto, London – and, since February 2011, Berlin. the format here involves weekly showings at the snug little venue of Filmkunst bar in Kreuzberg.

On every Thursday at 8:30pm, three shorts are screened with directors present, followed by a post-screening Q&A. Two of these shorts go into the monthly competition, together with a couple of guest films.

Between six and eight films are judged and a winner announced on the last of the monthly short sessions. Shortcutz tries for a blend of German and foreign directors, and all the shorts are shown with English subtitles.

Programmes are posted every Monday on the Shortcutz website. As they celebrate one year in Berlin, the Shortcutz programme for March 1 includes competition films Echo & Narziss by CC Steinmetz, Schwarz Weiß Deutsch by Nico Sommer and guest short Der Mann mit dem Mikroskop by Johan Carlsen.