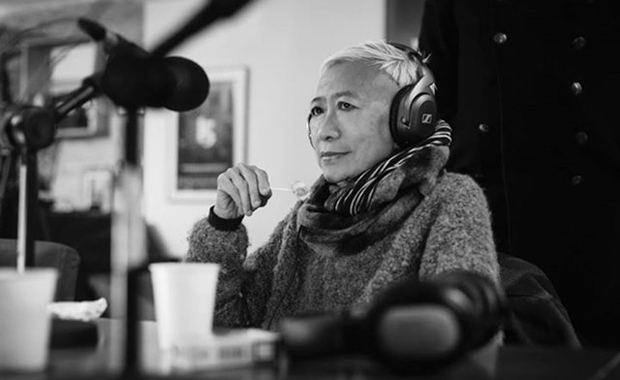 The Taiwanese-American multimedia artist has been a trailblazer since the 1980s: then living in New York City, she was part of the media literacy collective Paper Tiger Collective, fighting against corporate control of media. Her 1990s art installations were inspired by cybernetics and the developing web. Then there was I.K.U., which critics are now calling a cyberpunk cult classic. One theme has stayed with Cheang through the years, though – the AIDS epidemic. Now she’s coming to Berlin for her latest project Fluidø (pronounced “fluid zero”: a reference to AIDS’ Patient Zero), which deals with themes as diverse as a mutant AIDS virus, bio-hacking and gender fluidity. Cheang has teamed up with the PornFilmFestival’s Jürgen Brüning, and filming is planned to start this December. The duo are currently working on getting funding for Fluidø, and you can take part – their Kickstarter closes June 11, so get in on it now.

Why did you decide to make a film dealing with the topic of AIDS now, decades after it first became a huge public concern?

I was living in New York City in the 1980s and 1990s, and I love New York. And during the 1980s I lost many friends because of the AIDS virus epidemic. That sort of stayed with me. In a way, I feel like I’m carrying this virus.

I came up with the idea after I finished my feature film I.K.U. in Tokyo. Meanwhile, I showed some art installations and performances with this concept. Almost 15 years later, I linked up with a producer in Berlin, and I wrote a script. Fifteen years have passed, there are a lot of different issues now regarding biotechnology, data surveillance, government control of data, those kind of things. So a lot of these kind of bio-hacking ideas came out in my writing.

How did Jürgen Brüning get involved with the project?

Before, I made movies as bigger productions… With Jürgen, his productions are always quite low-budget. Jürgen would say to me, “Shu Lea, I cannot really produce your film, it’s too expensive.” And then I think two years ago I finally talked to him, and said, “I’m going to write a script you consider very low budget. I really want to work with you.”

So it’s a low-budget film. But when you think sci-fi, you think complex costumes and sets…

Conceptually, I’m really saying: your body is your last asset. Everything is going to be within your body, your body is the final frontier. I consider your body to be the network itself. So in the film you’re not going to see any fancy devices, in the sense that they would cost money to produce.

I.K.U. was also very focused on bodies. It seems there are some similarities between the two films?

Yeah. But Fluidø is a lot about resistance: a new way of resistance which we are fighting not on the street anymore, but on the server. The film reflects this different kind of activism, and in this sense is very different from I.K.U.

With I.K.U. and I presume with Fluidø as well, having many different sexualities on display – that’s still seen as a challenge to the status quo.

For me, it’s quite important. When we start using this term “gender fluid”… in a way, I really want to have this kind of switchable gender. At the moment, a lot of people are trying to redefine: what is gender? I don’t want to have to come out and identify my own sexuality. I just sort of say, “Yeah, I’m gender fluid.” And in this way I’m swimming in all genders. We do have an underwater scene. [laughs]

So gender fluidity is also an important theme in Fluidø?

Yes. I think so. Of course, working with Jürgen is funny. A good thing about Jürgen is that he’s like, “I don’t care how people are going to label your film! They can call it cyberpunk, cypherpunk, gender whatever.” For him, it’s like: here is a story. And the story also involves the government, pharmaceuticals, drug lords and resistance from the hackers. Of course, once the film is made, then it could be labelled very differently. But I will say, for me, Fluidø would be more of a cypherpunk film.

People are always quick to label. Especially if you’re making queer films, people will say, “Oh, it’s feminist.” Is that label relevant to you?

Labelling is unavoidable, let’s put it that way. I remember when I.K.U. came out I would be doing interviews and I would have people ask me, “Do you claim to be a feminist? And if you claim to be a feminist, how could you be making porn?” I always remember this question. I showed the film in Paris, and I had lesbians say, “Oh, in your film you have so many dicks. How do you identify yourself as a lesbian?” Or whatever. I was thinking, “Luckily I don’t identify as a lesbian, so it’s okay!” Advocating a more gender-fluid, more free kind of attitude is necessary. Otherwise we’re really in trouble, I think.