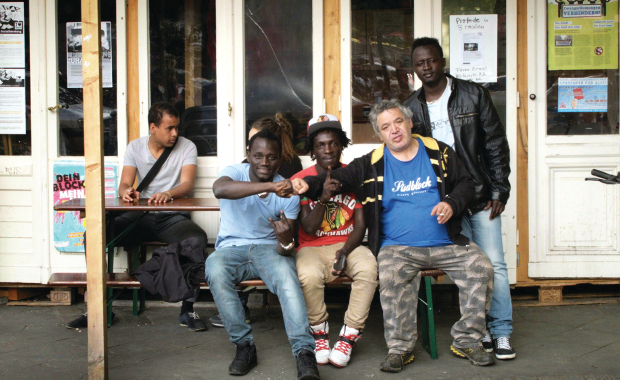 As an encore to our April Kottbusser Tor issue, we’re dedicating our monthly film night to Berlin- based lmmaker Angelika Levi’s Miete Essen Seele Auf, a documentary centred around the little wooden hut on Kotti that since 2012 has become the focus point for protests against rent increases in the neighbourhood. While other capitals have long suffered and survived the gentrification of their inner cities, it’s hard to resist this uniquely Berlin story with its unmistakable sense of community and plea for solidarity. Our screening, accompanied by English subtitles, complimentary drinks and the director herself, also kicks off a mini-retrospective of her celebrated lmography at Lichtblick running till May 30. Be sure to catch such essayistic works as Absent Present or Mein Leben Teil 2 that documented Levi’s travel experiences and familial memories in beautiful, unexpected ways.