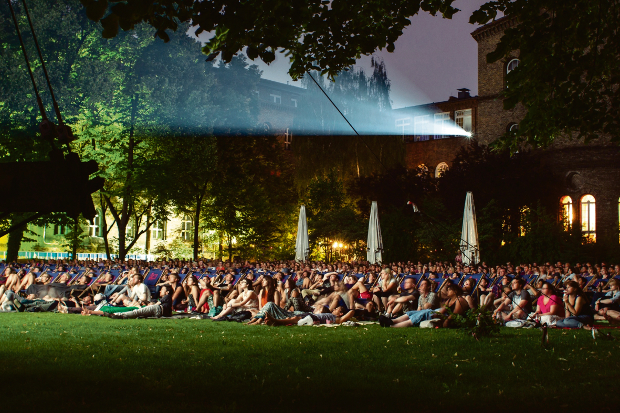 Venture into the depths of a Berlin park on a balmy summer night, and you may be surprised to discover that your entertainment options aren’t limited to discreet cruising and petty drug crime. Freiluftkino season is now in full swing, offering you the chance to catch top flicks under the stars in vaguely bucolic surroundings.

On top of the list, Freiluftkino Kreuzberg on Mariannenplatz hosts a well-stocked bar, dependable audiovisual quality, and a solid programme of recent critical and box office hits, all shown in OV (sometimes with English subtitles). Just be sure to rock up in time to bag one of the comfy deck chairs and avoid being consigned to the stiff plastic seats that await latecomers.

Volkspark Friedrichshain and Hasenheide also cater well to English speakers, but rigid amphitheatre seating can make it trickier to get cosy, so bring a cushion.

Relative newcomers are roaming operations such as Nomaden Kino (rather erratic, recently seen at hipster haunts like Holzmarkt and Klunkerkranich) and Mobile Kino. The latter is imaginatively curated: the squalid chic of the Griessmühle courtyard provides a fitting setting for their occasional “Drugs in Film” series, and on July 11, you can catch Achterbahn, a doc about the legendary Spreepark, while you take in views of the park itself from Treptow’s Insel der Jugend. Meanwhile on August 11-13, they’re taking over a former GDR holiday camp in Brandenburg, for a weekend of screenings and live music.

Friday nights in the Kino Central courtyard (until August 4) are all about local art and activism, as the Berlin Art Film Festival presents a series of films exploring creativity and courage in our fair city, including absurdist Berlinale hit Self-Criticism of a Bourgeois Dog (July 21) and uplifting LGBT rights doc My Wonderful West Berlin (July 28).