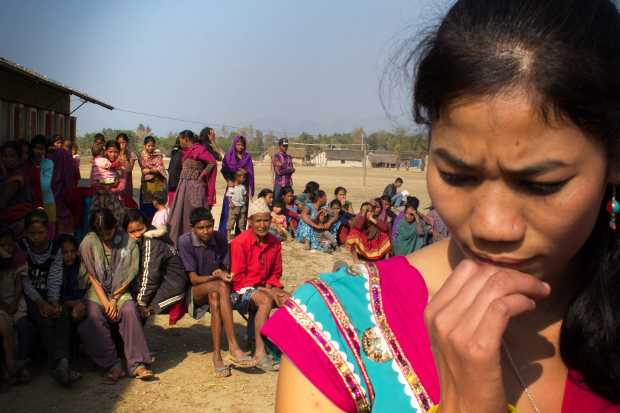 Nepalese woman Urmila Chaudhary was just six years old when her parents sold her into slavery. After she eventually escaped the brutal and horrific conditions she faced daily, she became an ardent activist against child slavery in her home country. In her film, German director Susan Gluth tells Chaudhary’s story and shines a light on the dark practice. Exberliner will present the Berlin premiere of Urmila – My Memory Is My Power on Thursday, May 26, 8pm at Hackesche Höfe Kino, with both Gluth and Urmila in attendance.

Where did you find Urmila?

I was reading an article in Der Spiegel and it was amazing. Quite a long article. And what she went through really impressed itself on me. Some weeks later, I decided to go to Nepal and meet this girl.

The most challenging thing was that I never wanted to make, like, this NGO, tear-jerker kind of film. It was never my intention. And with a topic like this it’s very easy to fall into the trap of seeing this poor girl and just being with her because she is so sad. We wanted to talk about her power and communicate hope in a way.

Also, I never had a permit to shoot in Nepal. I went eight times and was always nervous that someone would stop the shoot and take our material. Or that they would put me in prison!

How long were you filming?

Five years. I tried to go every six months, because Urmila is not very good at keeping in contact.

Hope or not, it’s a difficult topic to film. Was there a specific part that really spoke to you?

The silent moments. Like at the end, when Urmila is talking to her father and the camera is panning from the father to her and you see her reaction to his words. You see that now she really understands that she’s alone and no one will help her. Even her parents didn’t understand until this moment what it all meant to her.

You know, on the one hand, she is a happy person because she was powerful enough to overcome all this, but on the other hand there are the moments when the trauma, the demons, are so deeply ingrained that there is no way for her to be happy. Sometimes she was just very much closed off and didn’t want to participate in the film anymore. I think this was mainly the focus we were struggling with in this film, just watching a girl that is trying to travel her own road to freedom.

What do you hope people will take away from the film?

I don’t have a mission. At the end I don’t want people to stand up and say “We have to fight against slavery!” or something. It’s just a portrait, a personal film about this powerful girl. If people are taking the thought of Urmila home, and they think about her the day afterwards and the day after that, it would be great.