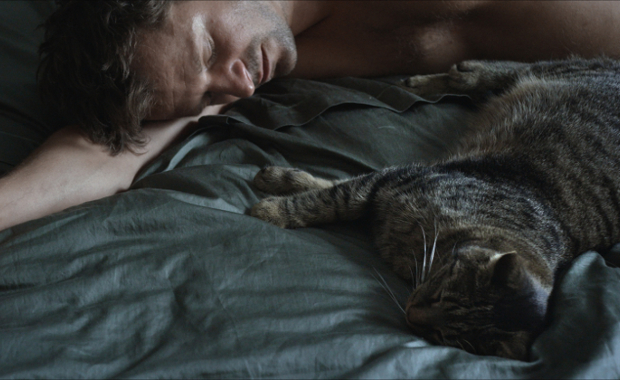 Last night, the Teddy officially turned 30, but much like the residents of the city that gave it birth, 30 definitely doesn’t mean slowing down and straightening up. In fact, moved from the Komische Oper back to Station Berlin, one could easily say the gaiety and atmosphere of the celebration has been the best it’s been in years, saluting film, its makers and its fans with a paired down that put the fun in the hands of the crowd. (It helped that Station Berlin has an altogether more raw feel than the kitschy surroundings of the Komische Oper).

Aside from a jubilant and well-dressed crowd (taking a peek at Grindr during the ceremony revealed that even profiles on sex apps had dressed up), modest on-stage frills (entertainment was tasteful and kept to a minumum including two beautiful numbers by John Grant) and city celebrity cameos (yes, Klaus Wowereit came back), there were also some winners. Here they are:

BEST FEATURE FILM: Kater (Tomcat) Hilariously misspronounced by Ira Sachs as “Qatar”, the best feature this year went to the Austrian Händl Klaus’ tale of two older gay men as seen through the eyes of their Ka-ter.

BEST SHORT FILM: “Moms On Fire” Seemingly a festival favourite wherever she is (she won best short at the Pornfilmfestival in 2014), Joanna Rytel continues to explore motherhood as the last bastion of feminism, using claymation to say: Pregnant ladies have sex, too!

BEST DOCUMENTARY: Kiki Twenty-five years after Teddy winner Paris is Burning, the issue of queer youth of color is just as prescient now as it was then (racism and police violence in America have hardly moved…)

SPECIAL JURY AWARD: Nunca vas a estar solo (You Will Never Be Alone) The Spanish film about boy who suffers a homophobic attack and the bond (or lackthereof) he has with his father impressed the jury enough to make sure it didn’t walk home empty-handed.

AUDIENCE AWARD: Théo et Hugo dans le même bateau (Paris 05:59) This was Exberliner‘s favourite and we’re more than overjoyed that Olivier Ducastel and Jacques Martineau’s sex-romp-turned-touching-romance moved the audiences of the Berlinale as much as it did us.

MÄNNER MAGAZINE AWARD: Mãe Só Há Uma (Don’t Call Me Son) One of Germany’s top gay magazines had its own special prize this year, going to the intriguing Brazilian film about a queer 17-year-old boy who discovers his parents are not who they say they are, adding another layer to explorations of identity.

Happy 30th, ol’ man (and everything else in the LGBTQ* umbrella)!