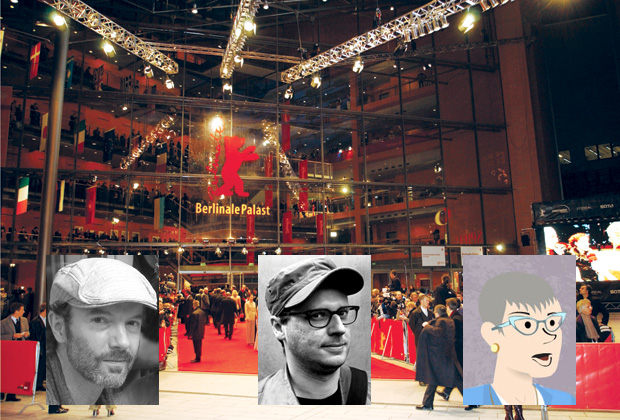 The Berlinale, Berlin’s premiere International Film Festival, kicks off on Thursday, February 10. Get ready for 10 days of film madness as hordes of Hollywood bigwigs and arthouse loons, kooky critics and sun-starved cinemaniacs descend upon the city.

For the occasion, EXBERLINER has mobilized its troops of fearless reporters and film nerds to report – live from the scene. And because we know cinephilia doesn’t stop with the flicks – we’ll be covering it all: vain stars, snarky gossip and the gritty politics behind-the-scenes at Potsdamer Platz.

A native Texan, Dan Borden still pines for the Smith & Wesson .41 Magnum cruelly seized from him at the German border. Today, a Canon HDV camera is his weapon of choice, and he can’t wait to take aim at the overpaid, talentless film world morons who have the success that should be his.

Ben Knight is your mild-mannered-reporter-cum-gossip-merchant at this year’s Berlinale. He might not know much about film, but he has a hell of a nose for the sub-festival world of pale student directors, unemployed actors and sexually stunted filmgoers who have resolved to live without daylight. Read his blog for insight into the dark and delirious kaleidoscopic free-for-all that is the Berlinale.

Änne Troester left West Germany for Berlin to forge a career in the shadowy netherworlds of the film industry. The move took her far away from any skiable mountain but allowed her to watch films on a near-daily basis. A Berlinale veteran of some 20 years, she thrives on lack of sleep and sun, loves to discover new talent, fainted at the screening of Mike Figgis’ The Loss of Sexual Innocence and once literally bumped into John Goodman.

Visit our site every day of the fest (February 10-20) for reviews and recommendations, rants and videos. In short, everything you need to know about the Berlinale.