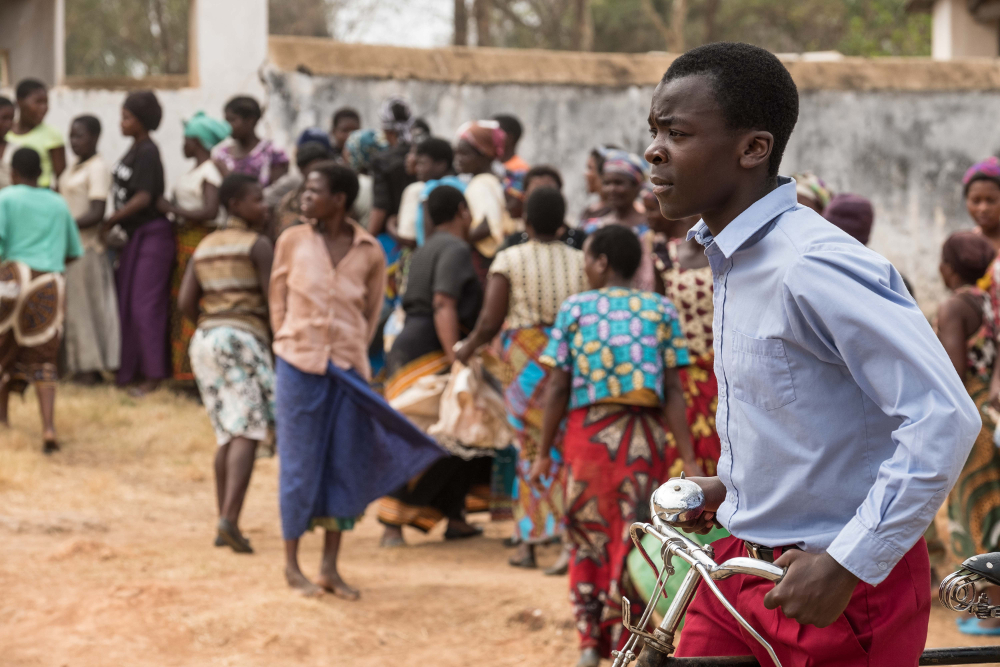 Chiwetel Ejiofor on his timely directorial debut The Boy Who Harnessed the Wind.

Nigerian-British actor Chiwetel Ejio for has been a familiar screen presence for over 20 years, but his devastating performance as Solomon Northup in Steve McQueen’s Oscar-winning 12 Years a Slave (2013) made him a global star. Now he turns his hand to directing with The Boy Who Harnessed the Wind, based on the memoir of Malawian teen William Kamkwamba, who built a makeshift wind turbine to ensure his village’s survival during a devastating 2002 famine. The film proved a crowd-pleaser at Sundance and the Berlinale, and premieres on Netflix on March 1.

What first attracted you to this story?

I thought that William’s book was an incredibly hopeful, optimistic and inspirational account of living in the solution. It authentically represents this rural community struggling against impossible odds and finding a way through them. I was deeply moved by it.

How important was it to depict the Malawian famine from the point of view of the people themselves?

It’s one thing to watch a news report or a documentary about a famine, but we rarely get an understanding of what it’s like from inside the experience itself: how people are trying to prevent this thing happening or what they’re doing to try and protect themselves. I found the specifics of a failed harvest and what that might mean internally for a local community interesting and powerful.

You have Nigerian heritage and you’ve travelled around Africa. How does the film connect to your experience?

Through its authentic representation of rural life. I saw similar scenes in Nigeria whenever I went back to visit my family. I’ve spent time in Congo, made a film in Ghana and was in Kenya for pre-production on this film. What these experiences allowed me to understand was the cultural specifics of Malawi itself. It allowed me to take away that generic African identity and really look into things like the Gule Wamkulu: the spiritual dancers specific to Malawi. There is a big life quality to the landscape and its characters. Trying to capture that on screen within the specifics of Malawi was an important part of my journey.

Why did you cast yourself as William’s father?

I didn’t want to play him when I first read the book. But that was 10 years ago: I just thought I was too young to play the father of a teenager. I didn’t realise it would take so long. Then I started to enter that sweet spot! Also, in terms of getting the film financed, it certainly helped that I acted in it.

The story tackles thorny environmental issues. To what extent were you looking at it through the lens of today’s climate change conversation?

When it comes to climate change, it’s people in the most vulnerable communities, like the one depicted here, who are at the pointy end of the stick. Those are the communities that feel it now and they’ll continue to feel it before it eventually comes knocking on our door in the West. Malawi is a microcosm, but there is a macro level in which the global community is dealing with these issues.

There’s a line in the film: “Democracy is like an imported cassava, it rots quickly.” What do you mean by that?

When I was writing the script I was interested in how people look at things like nascent democracies. People inside that experience think it’s going to be great, but then corruption always finds a way. At the time, I was thinking that maybe the old democracies have found a way of balancing those issues. But since then, the limitations of democracy have become a part of the narrative in the West too – this is of course the case right now with Theresa May, and with the spread of populism. There were things I didn’t have any direct reference for in the West when I started writing. Things like a president pointing out someone in a rally and having them beaten up. This was not a Western idea at that point. But it became one during the production process.