Julie Delpy, the Russians Aleksander Sokurov and Andrey Zvyagintsev as well as Yorgos Lanthimos and a dozen other luminaries from the film world will be joining Ai Weiwei, Wim Wenders and Stellan Skarsgård in Berlin to attend the European Film Academy (EFA) Awards. Never heard of it? It’s a bit like the Academy Awards of Europe. Like the Oscars, the Deutscher Filmpreis or the BAFTAs, the award ceremony is exclusive to members, nominees and special guests, although it is broadcast globally and available to stream online. It may not boast the star-studded red carpet of the Oscars, but this is as close as it gets on a European level.

Now entering their 30th edition, the EFA Awards have been a staple occasion to promote and celebrate the rich diversity of European cinema. Since its inception in Berlin at a time when both the city and Europe as a whole were still divided, the EFA has continued to prove that film culture can stand as a beacon for European unity and openness – perhaps why Berlin has remained its home.

We caught up with the EFA’s deputy chairman, Mike Downey, a British producer and frequent collaborator with Billy Elliot director Stephen Daldry, to learn more about the EFA, some of the year’s best films, and the tricky state the Berlinale is in.

Berlin is the EFA’s home and this year it will also host the awards ceremony. Why Berlin? 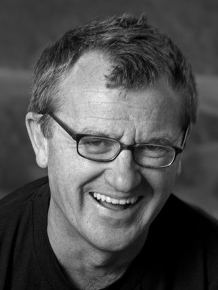 The festival was born here at West Berlin’s Hotel Kempinski as a celebration of Europe’s unity through its cinema. It learned to walk here as a child with Ingmar Bergman as its first president; Wim Wenders took over in 1996. Now that it has reached full maturity, Berlin remains the perfect home for the European Film Academy – and it is wonderful to return here for the awards ceremony every other year. Last year we were in Wroclaw; next year we’ll be in fabulous Sevilla and looking forward to it very much.

Why should the public care about the EFA?

The European Film Academy (EFA) now unites more than 3000 European film professionals with the common aim of promoting European film culture. Throughout the year, the EFA initiates and participates in a series of activities dealing with film politics as well as economic, artistic, and training aspects. This is only the private, industry aspect. If you have our logo on a poster or a trailer, it is an imprimatur of quality and cultural value. European films must travel – and it is part of our mission to make sure they do.

How do you find this year’s films stand out in comparison to previous years? Any personal favourites or films hot-tipped for Oscar nominations?

This year we have a great selection of movies from all over the continent, from Russia to Greece, which provide us with a panorama of the talent that is operating in the European scene. Remember, we make 1700-ish pictures a year in Europe. We whittle it down to 50, and then the members vote on that. As a producer who played a part in three films on the long list – Tom of Finland, The Constitution and Return to Montauk – I cannot be partisan. But Loving Vincent by Hugh Welchman and Dorota Kobiela blew me away when I saw it for the first time. It represents the best in European taste, culture and creativity. But I also have a major soft spot for the work of Aki Kaurismaki and the sheer understated tragi-comic humanity that is in his The Other Side of Hope.

Berlin is a city that cares about its culture, and there is always some debate or another going on. I believe a number of our members signed the letter that was published in Der Spiegel – but that’s the extent. There is an unfortunate tendency in Berlin for a bizarre form of trial by media. It happened with [British director Ben Gibson’s] appointment at the DFFB [protested by students at the German film and television school in 2016] – and also the debate around the Volksbühne. Personally, I find this letter to Der Spiegel clumsy with regard to its goals and aims – and lacking in a certain grace – and certainly in poor taste. It should have been anticipated that such a letter would come across as a critique of the Kosslick tenure.

So you’d rather be a Kosslick supporter….

One thing for me is clear: a festival like Berlin – which actually can’t be compared to Cannes or Venice, because their social and political contexts are so different – belongs first of all to the people of Berlin, and not a small interest group of local film directors. But if there is any ‘ownership’ of a cultural event – it is by the global universe of filmmakers, industry-ites and artists from all over the world who have a far greater interest in the Berlinale remaining its fabulous self and growing according to the roots that have been laid down these last years. And yes, of course – there should be transparency in choosing a successor to the excellent Dieter Kosslick, who ironically was my predecessor as deputy chair of EFA.