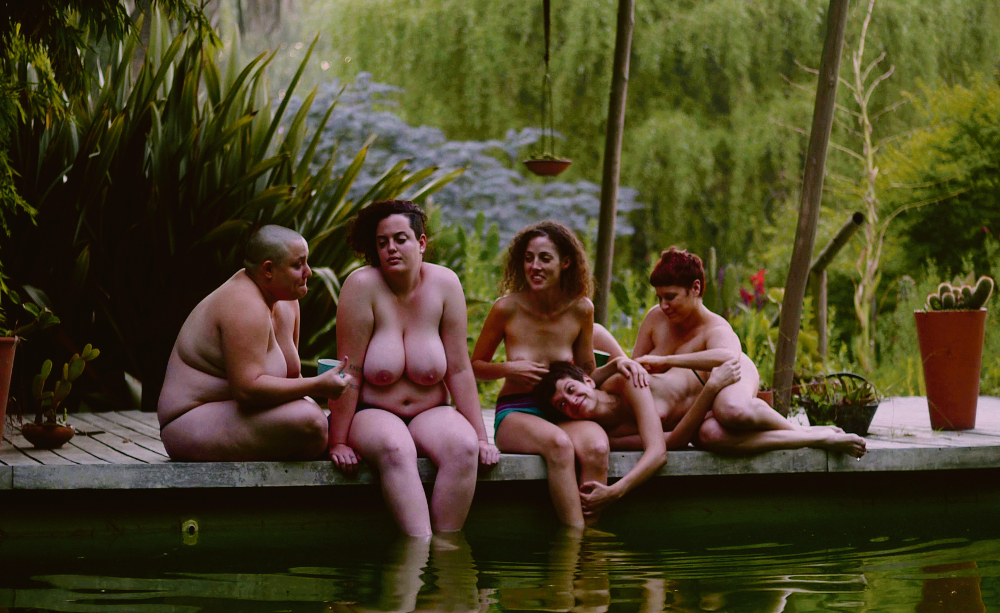 The fest starts pretty gay with its beautifully shot opening film though – the wonderfully sapphic Las Hijas del Fuego from Albertina Carri, an all-woman Argentinian road-movie that’s not shy on the explicit lesbian sex. And its closing film (one of my absolute faves so far) isn’t gay, but definitely queer and political. Beatrice Behn and René Gebhardt’s documentary The Artist and the Pervert focuses on famous Austrian composer Georg Friedrich Haas and his wife, black performer/writer/educator wife Mollena Williams who are in a kinky master-slave relationship.

For something of the gay male persuasion, Konstantinos Menelaou’s He Loves Me sees two beautiful boys travel to the idyllic Greek seaside to repair their crumbling relationship with only the inner-monologue of one to guide. What seems like a boring set-up is delicately and honestly handled. Bruce LaBruce also returns with his anthology It Is Not the Pornographer That is Perverse… four hardcore vignettes with all the appropriate cinematic nods one expects from LaBruce. For those convinced that heterosexuals can’t be perverse, The Cannibal Club and Tenemos La Carne counter that perfectly. The former from Guto Parente takes on class in a film about a wealthy Brazilian couple who belongs to an elite club of cannibals. The latter, from Emiliano Rocha Minter, involves three vagrants in a post-apocalyptic world colliding in surreal, taboo-breaking sexual encounters until the revealing end. Both will give you something to chew on. For those horny for knowledge, don’t miss Cecilia Montagut’s Cáceles Bolleras, a documentary on lesbians in the Spanish prison system. Two more documentaries worth seeing shed light on fields that are inherently tied to sex but not necessarily one’s sexuality. Everything’s Better Than a Hooker by festival mainstay Ovidie exposes the double-standards in Sweden’s feminist presentation of itself and its treatment of sex workers. Miss Rosewood follows the eponymous New York performer who once poured a condom out on Leonardo DiCaprio’s head.

With 18 short programmes (from “Dark Visions” to “Palimpsest” to simply “Fun”) and a special focus on Latin America as well, there’s far too much to recommend, but it’d be shocking if you couldn’t find something for your tastes.

It’s not just the movies that keep me coming back, but also the performances, exhibitions (this year’s at Moviemento boasts a bronze penis statue made of  Kalachnikov AK47 melted ammunition called “Fuck War” by artist collective AKT), panels and, of course, the parties – this year the big one is thankfully moving to Lido (Oct 26). I may be the Gay Berliner, and there’s surely plenty of gay (and LBTQ*) content there, but even your grandma could find something to her taste. Here’s to the Omasexuals then.