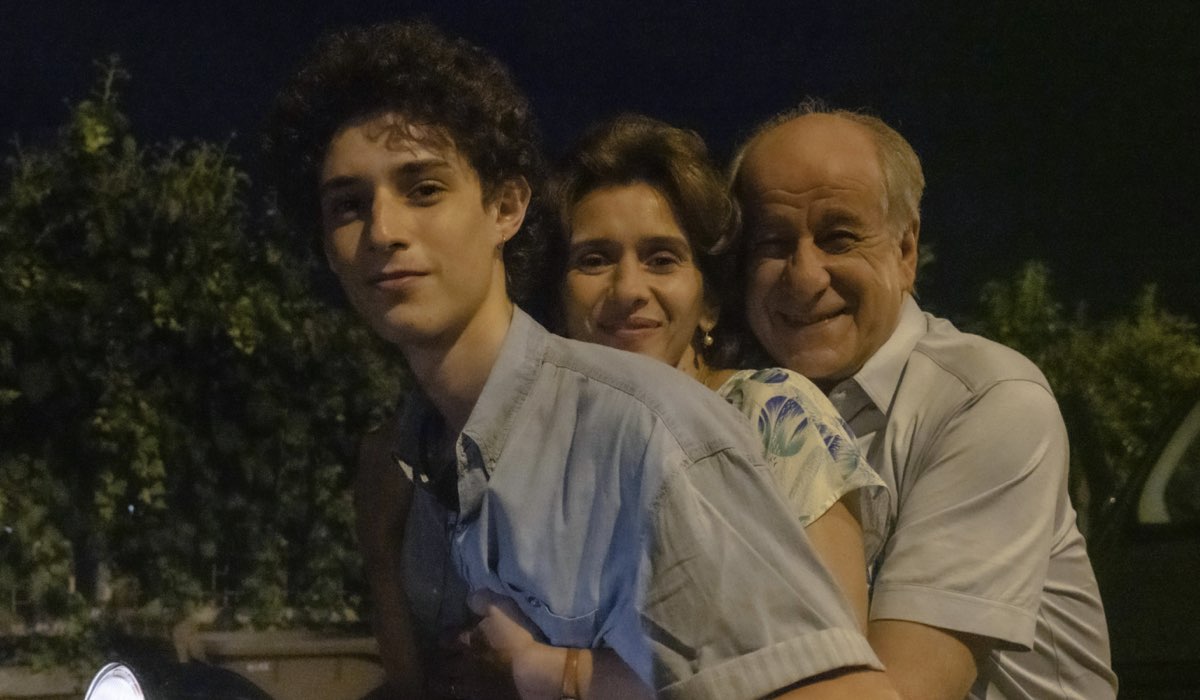 As with Jane Campion’s The Power of the Dog, German audiences get lucky this month with a limited big-screen release of Paolo Sorrentino’s È Stata La Mano Di Dio (The Hand of God) before it hits Netflix mid-December. The former is a must-see on the big screen, but fans of the director of The Great Beauty and Youth would do well to make the most of a rare Netflix theatrical window. It was recently selected as the Italian entry for the Best International Feature Film at next year’s Oscars, and no one would be in the least bit surprised if it made the final 5…

This coming-of-age story is one of the most Italian films that ever Italianed: it’s an exuberantly sentimental autobiographical piece about family and life in Naples in the 80s that stands as one of Sorrentino’s most personal films, certainly his most disarmingly earnest to date. Based on his upbringing, the director makes the film about the formative years of a young boy / Sorrentino surrogate, Fabietto (Filippo Scotti), whose love of football gives way to his desire to become a filmmaker, especially in the wake of a family tragedy.

Many will baulk at some of its broad humour and some body-shaming beats, but it would be a lie to say that The Hand of God isn’t a damn engaging and frequently funny fable, one indebted to Fellini’s 1973 film Amarcord and which deals with how you find your place in the world, as well as the absurdly random interventions of fate on a young life.

This year’s Venice jury seemed to agree, as the film won two awards on the Lido: the Silver Lion Grand Jury Prize and Best Young Actor for Filippo Scotti. They were deserved as The Hand of God, while occasionally frustrating in the way it loosely weaves its various storylines together, is a beautifully transportive gem that succeeds in engulfing the viewer in nostalgic longing, distress and joy.