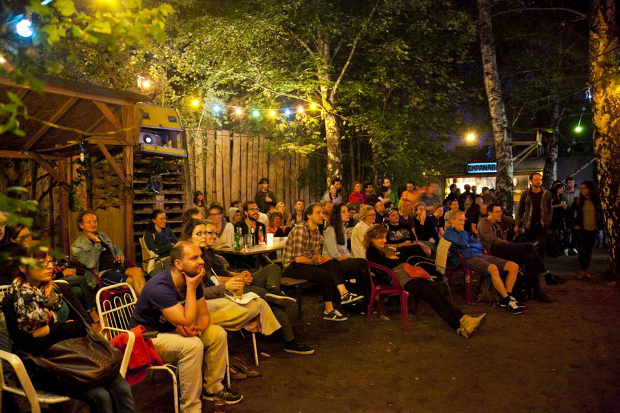 The Long Night of Film Festivals, a 13-hour binge-watch marathon programmed by over 20 Berlin festivals, kicks off at 3pm Saturday, August 20 at Zukunft am Ostkreuz.

Back for the fourth time, the Long Night of Film Festivals is firmly established as a highlight of Berlin’s summer cinema scene, offering a laudably eclectic alternative to the play-it-safe programming of the city’s Freiluftkinos.

This year’s edition draws on programming talent from 22 of Berlin’s finest festivals, from long-established stalwarts like Interfilm to newcomers like the Christmas Film Festival. With a total of around 100 films to pick from (all either in English or with English subs), presented across four screens, it would be a serious feat to catch everything. So for those of you without the stamina of a Béla Tarr fan, here are a few highlights…

But it is a long night after all, and so there’s as much partying as film perusing. Should you need a breather (as well as drink) between screenings, take it in to music courtesy of Irish singer-songwriter Simon Fagan, shoegazers Cadmium Scarlet and DJ sets by Anat Gilad and Exberliner’s very own Walter Crasshole.