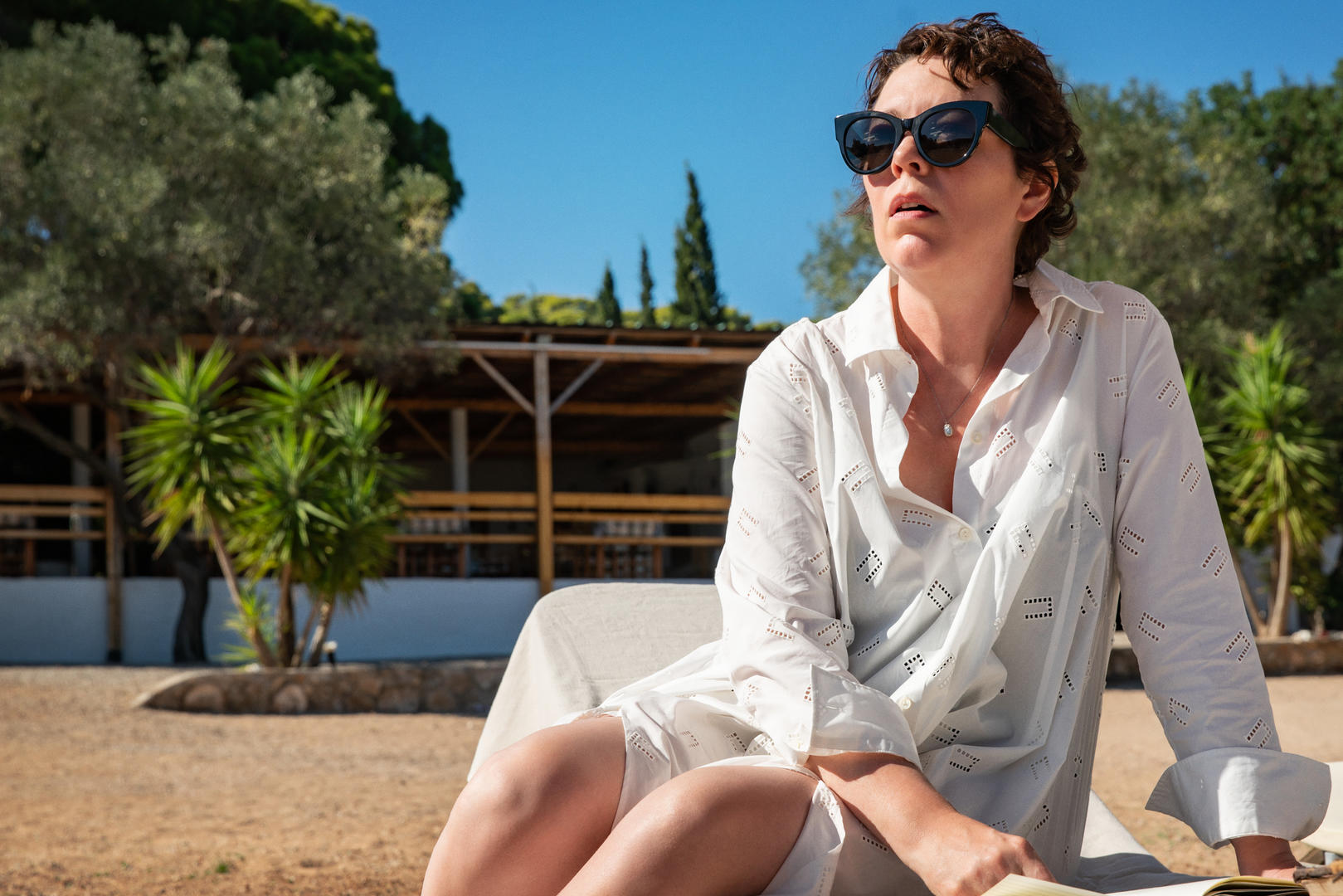 For her first feature as a writer and director, Maggie Gyllenhaal brings Elena Ferrante’s 2008 novel ‘The Lost Daughter’ to the screen and delivers a wonderfully engrossing adaptation which won the Lion for Best Screenplay at this year’s Venice Film Festival.

It sees English teacher, Leda (Olivia Coleman), take a “working holiday” in a small coastal town of Greece. She takes an interest in a brash bunch of Americans who break her serene beach sessions, especially in Nina (Dakota Johnson) and her young daughter. These encounters prompt memories of her early motherhood to resurface.

This sun-kissed psychodrama is not only about a journey of self-discovery through a troubled past, but an exploration of the toll of parenthood and the guilt one carries when admitting that children can be a blessing but even a life-long curse. While these themes aren’t anything new, the acting makes them soar: Olivia Coleman and Jessie Buckley are perfectly cast as older-younger versions of the same character and make the film’s meditations on the sacrifices of womanhood feel achingly accurate. It never faulters to offering any definitive answers, and instead invites you to witness human nature in all of its complexities. It’s an incredibly accomplished debut for Gyllenhaal, and here’s hoping this isn’t the last time she gets behind the camera.